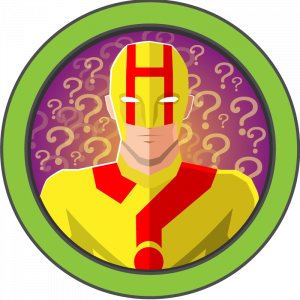 This is a cool machine based on a file upload which leads to user followed by a kernel exploit that grants us root. Not quite complicated right? The machine is running on port 10.10.10.121.

As we can see, there is SSH enabled, a node.js instance on port 3000 and a web server on port 80. I didn’t even use the node service, so I think this attack vector was a bit unintended. It’s the only one that I found, though. 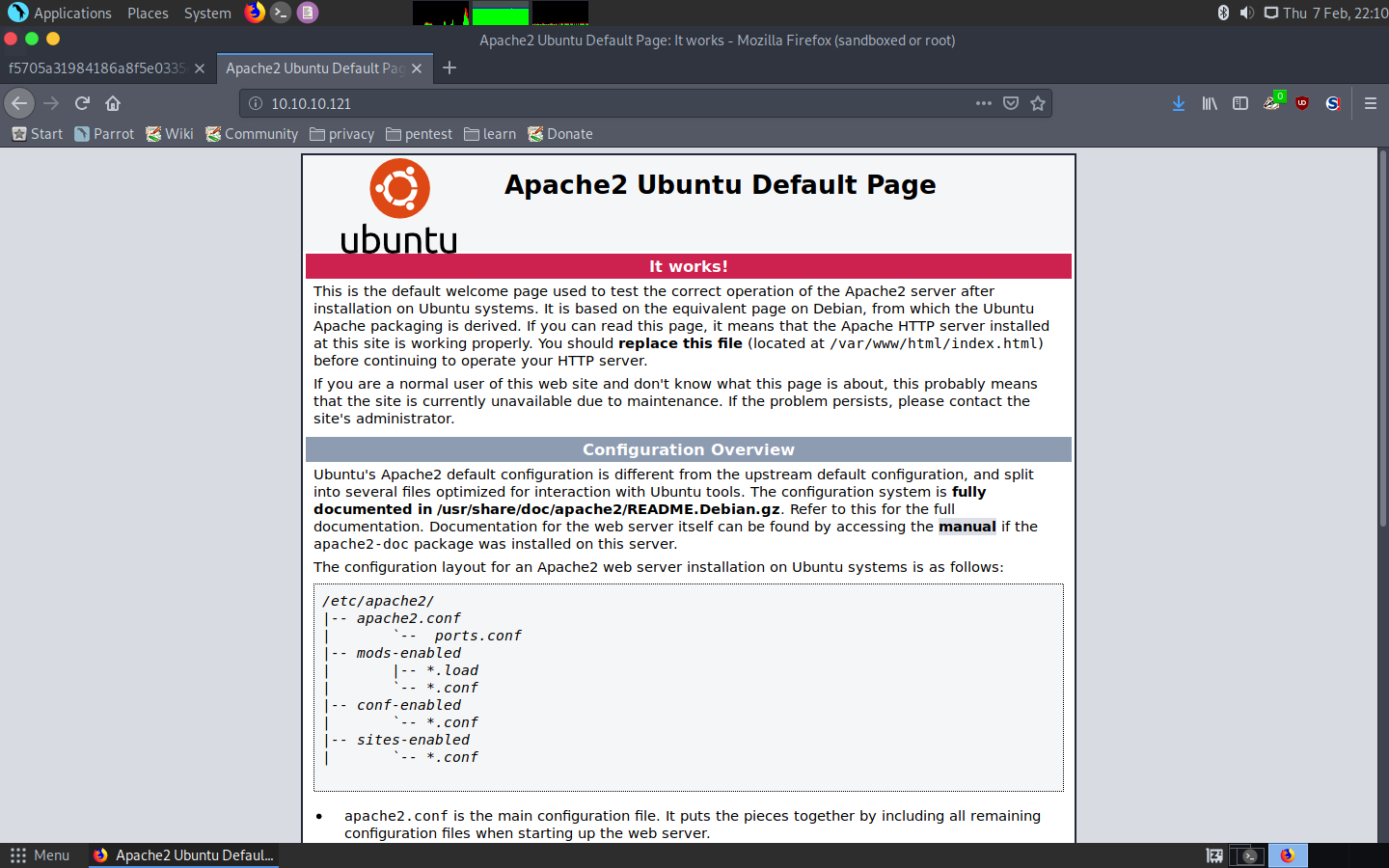 Upon finding the Apache2 default page I decided to use DirBuster to try to find juicy things. The most interesting things found were these two directories: 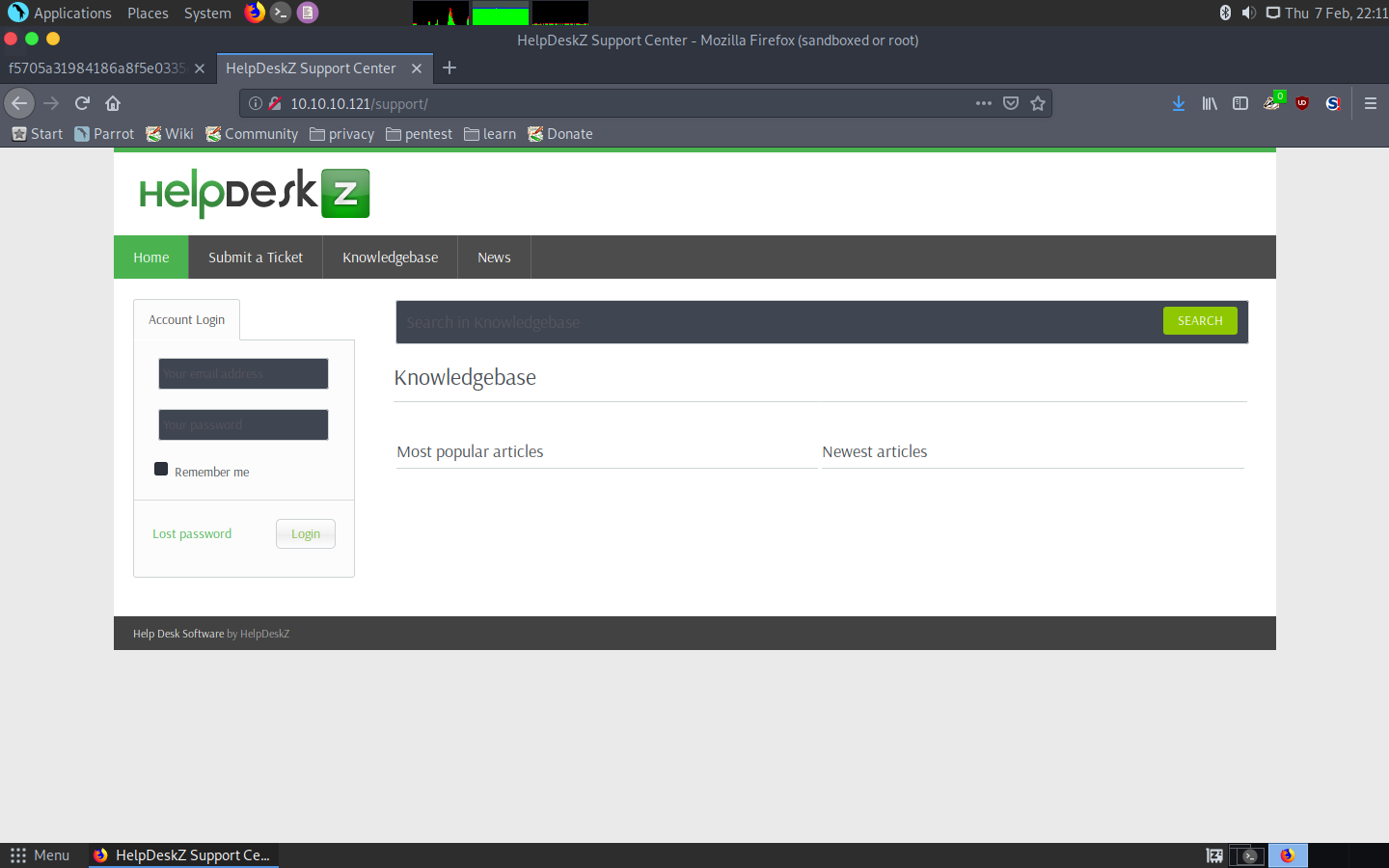 We see that apart from logging in there is as well the possibility of uploading a ticket. 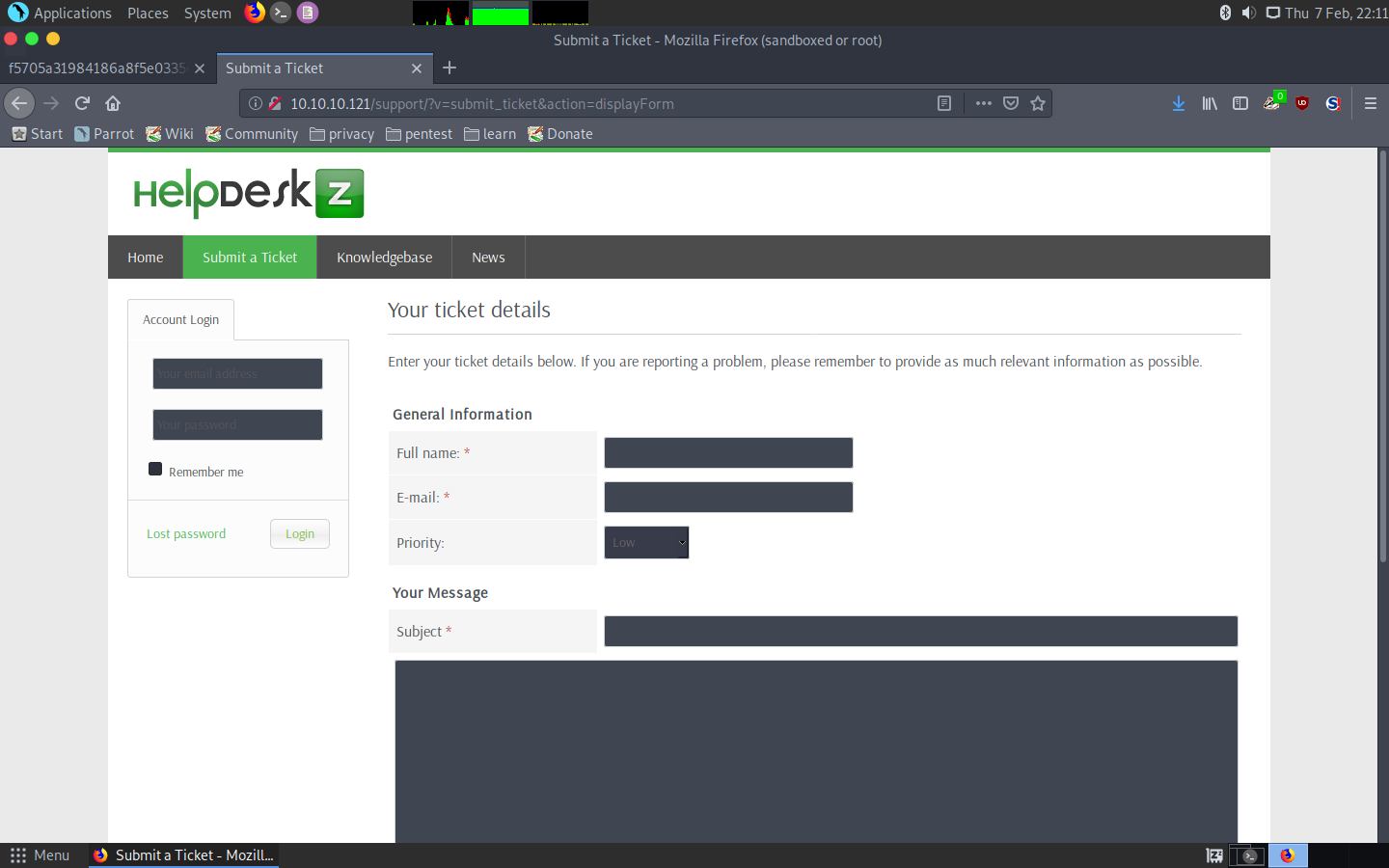 And guess what, it can include a file! Looks like we may have found something exploitable.

Possibility to upload a file 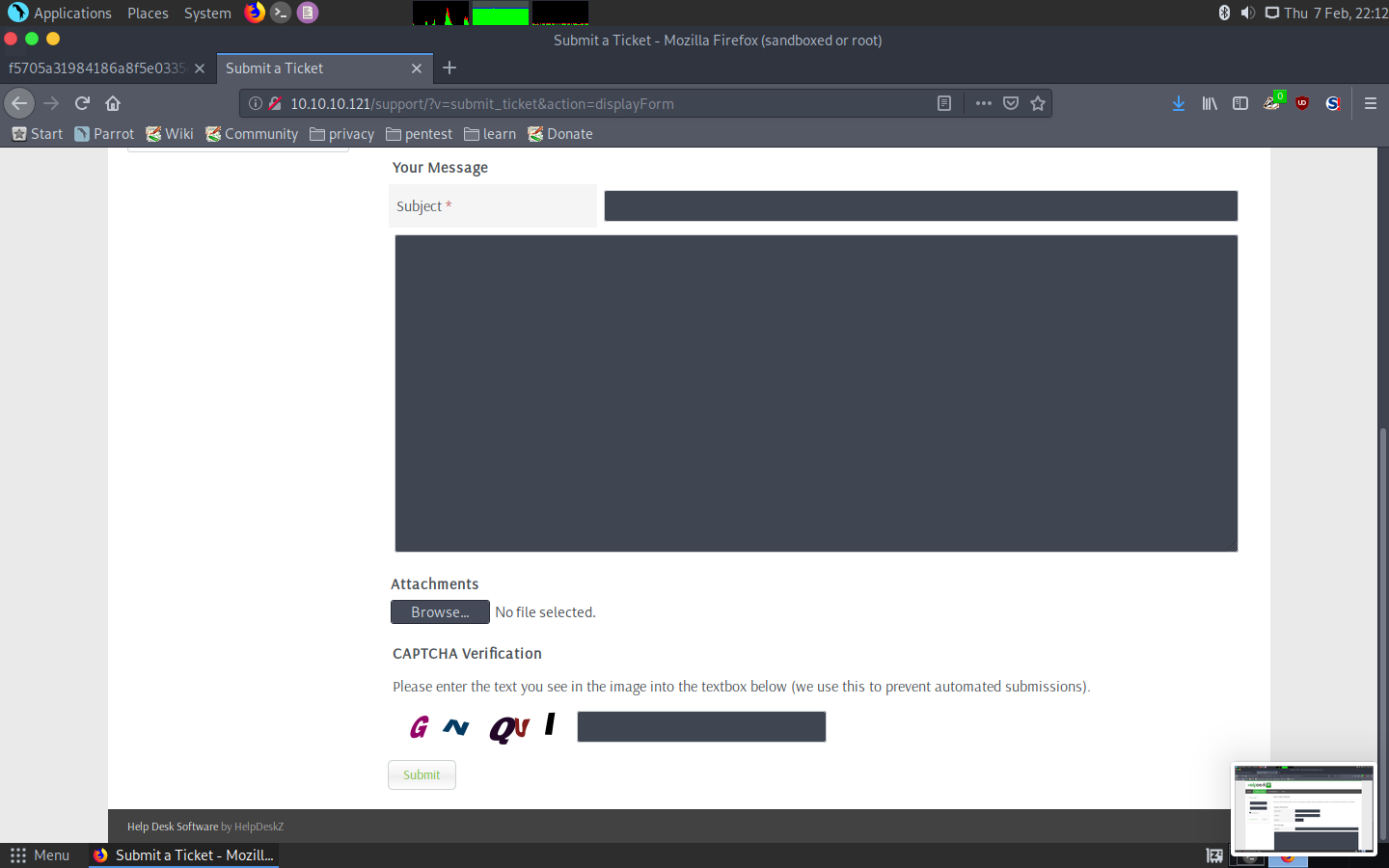 First of all, I tried to upload a PHP file, but got this error.

Error upon uploading a PHP file 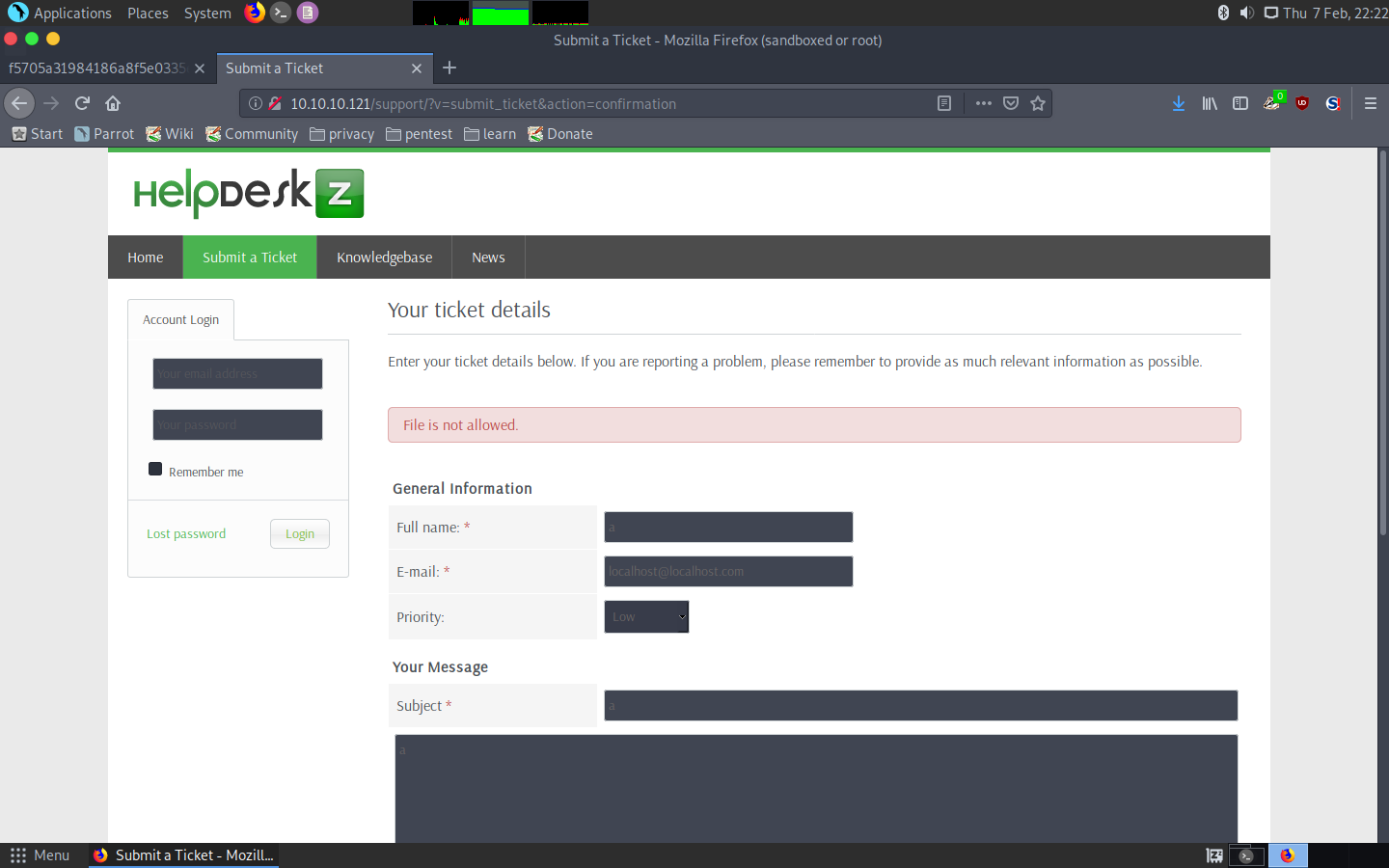 So then I searched on the internet and came across a python code that was supposedly exploiting this file upload feature:

Apparently, it tries to brute-force the name of a file, which is an md5 hash of the file + the time at which it was created. Weird… Then, I found out the code was in GitHub! You can find it here. So I started going through it and found out a really interesting thing on this piece of code: 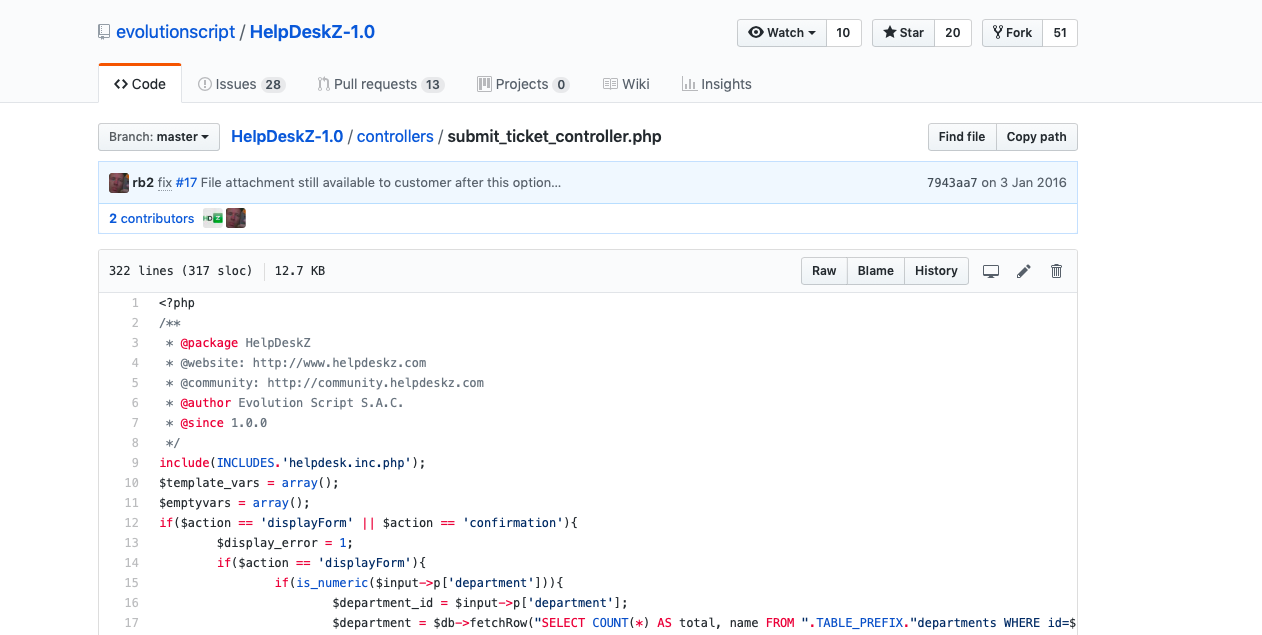 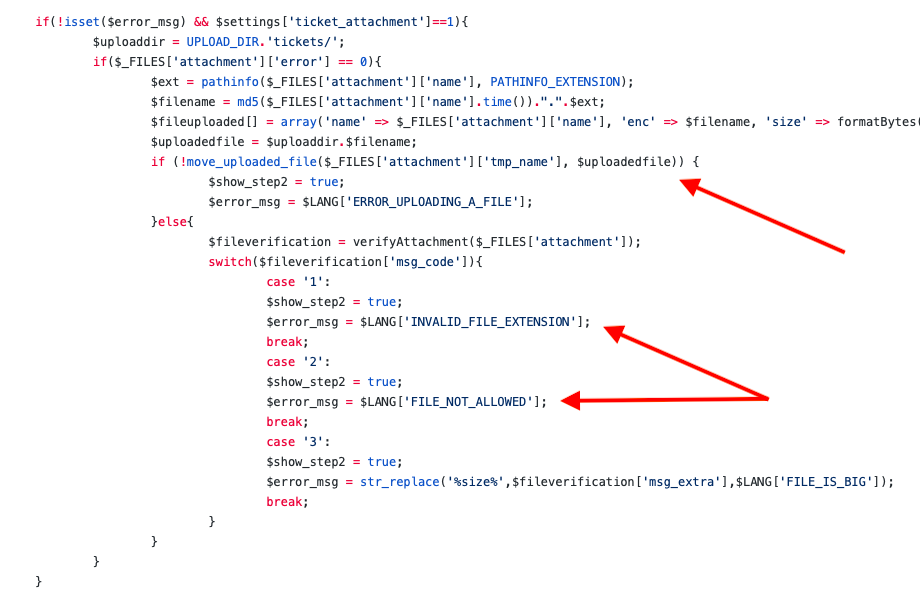 Unbelievable! They are storing the file and afterwards doing the security check! The developers must have thought that security would be kept by just hashing the name of the file with the upload time.

It took me some time to realise why the script wasn’t working, but I finally realised that it was because the path wasn’t right, all files were being uploaded to /support/uploads/tickets/. I tried uploading an image to check this and it worked! 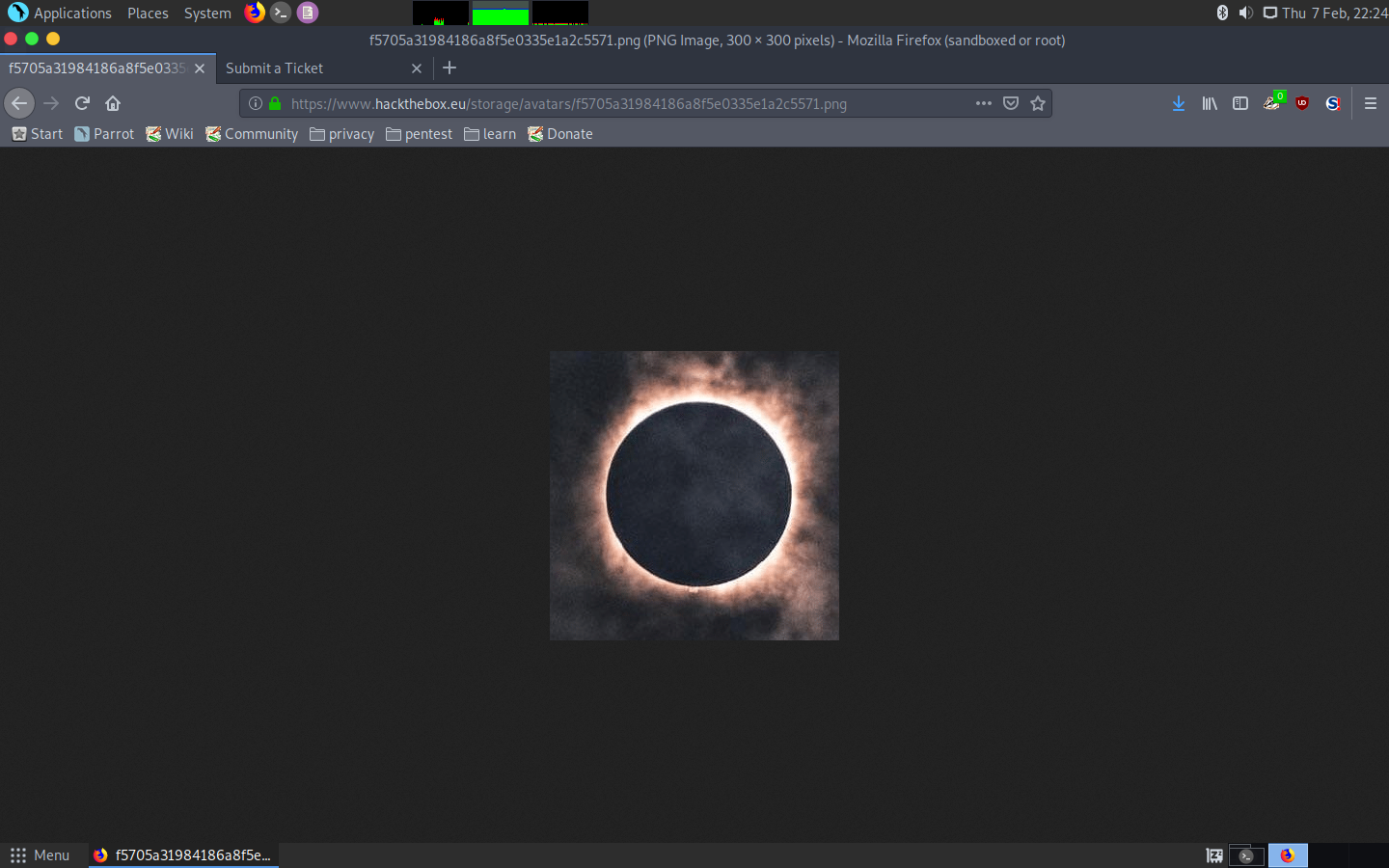 Now I just needed to upload a shell and launch the script! Surprisingly, we’re already user help!. So I tried reading the user.txt hash and got it without problem:

I inspected the system and found inside the .bash_history file this entry:

So I ran it and got different tables, from which users was definitely the most interesting one:

I cracked helpme’s hash c3b3bd1eb5142e29adb0044b16ee4d402d06f9ca and got Welcome1. Then, I tried loggin in as help through SSH with that password and success! That made things so much easier.

Getting back to the privesc part, I ran uname -a to find the kernel’s version to get the following:

It was obviously Linux Kernel 4.4 so I used searchsploit to try to find some useful exploit. And indeed there was a local privilege escalation, which I finally used.

Finding the right exploit with searchsploit

I copied the C code to the machine serving it with python SimpleHTTPServer and then using wget. Once there, I just needed to compile and run it! 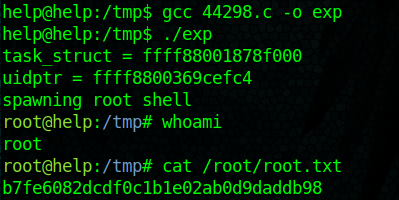 Really nice machine! Kudos to the creator! I hope you enjoyed reading.

Hack The Box: Networked machine write-up This was an easy machine which focuses on a simple thing: performing good checks when writing code. It starts by exploiting a file upload and then the esca...