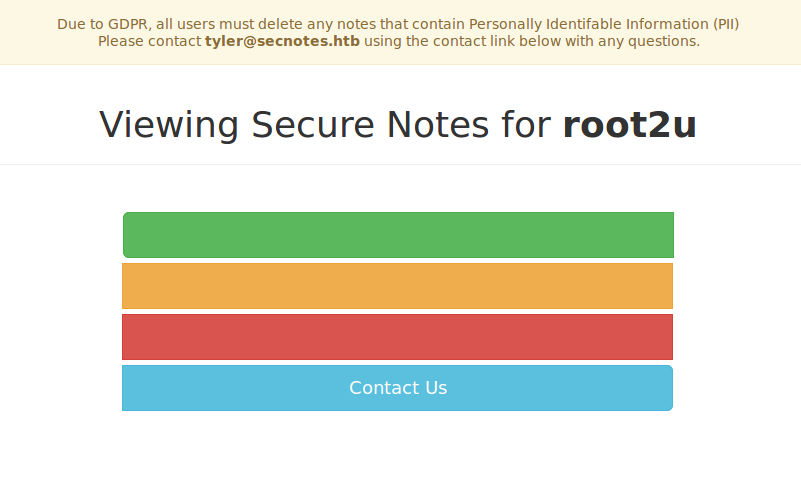 This machine was a really challenging one, for it was based on a second order SQL injection which led to some SMB credentials. Then, we could upload a php script to get RCE, which in turn was used as means to get a proper reverse shell. Being in a windows environment I felt like a fish out of water but finally managed to discover that the system had a new feature of Windows 10 which lets the user install linux distros and the bash shell. With that I did another reverse shell and got into a linux environment on which I was root (with no flag, though). However, I find SMB creds which let me authenticate and retrieve the flag. 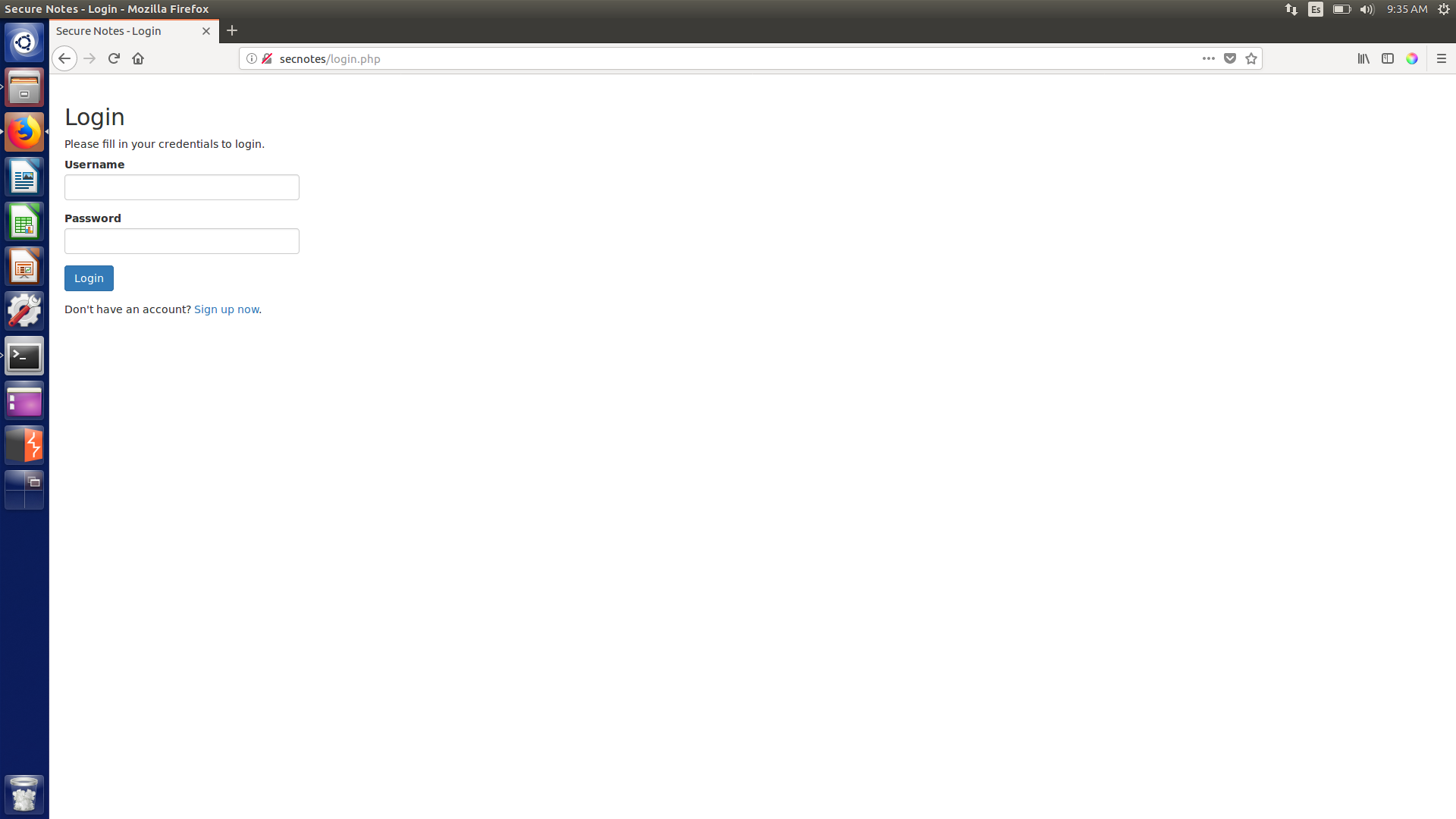 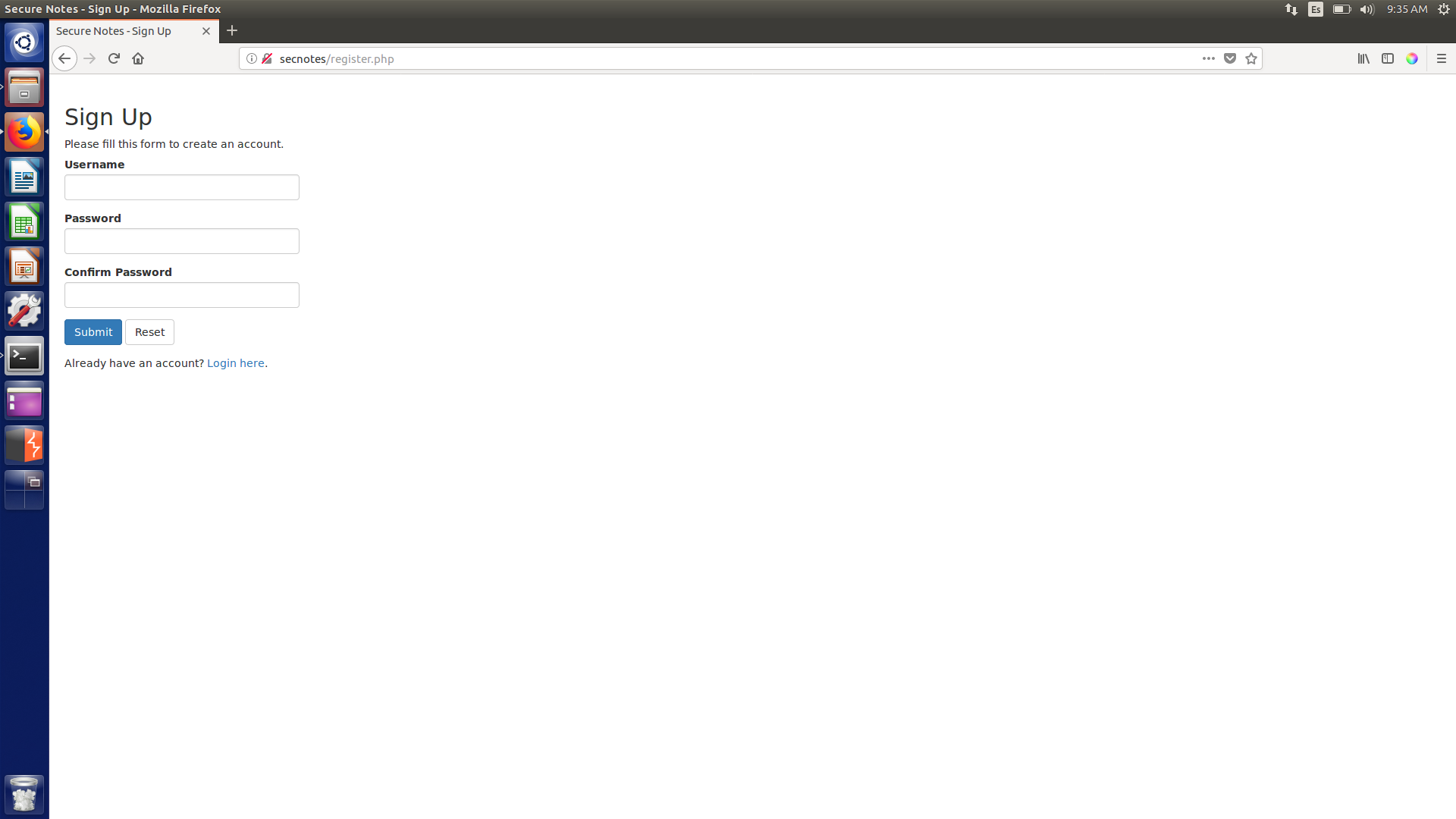 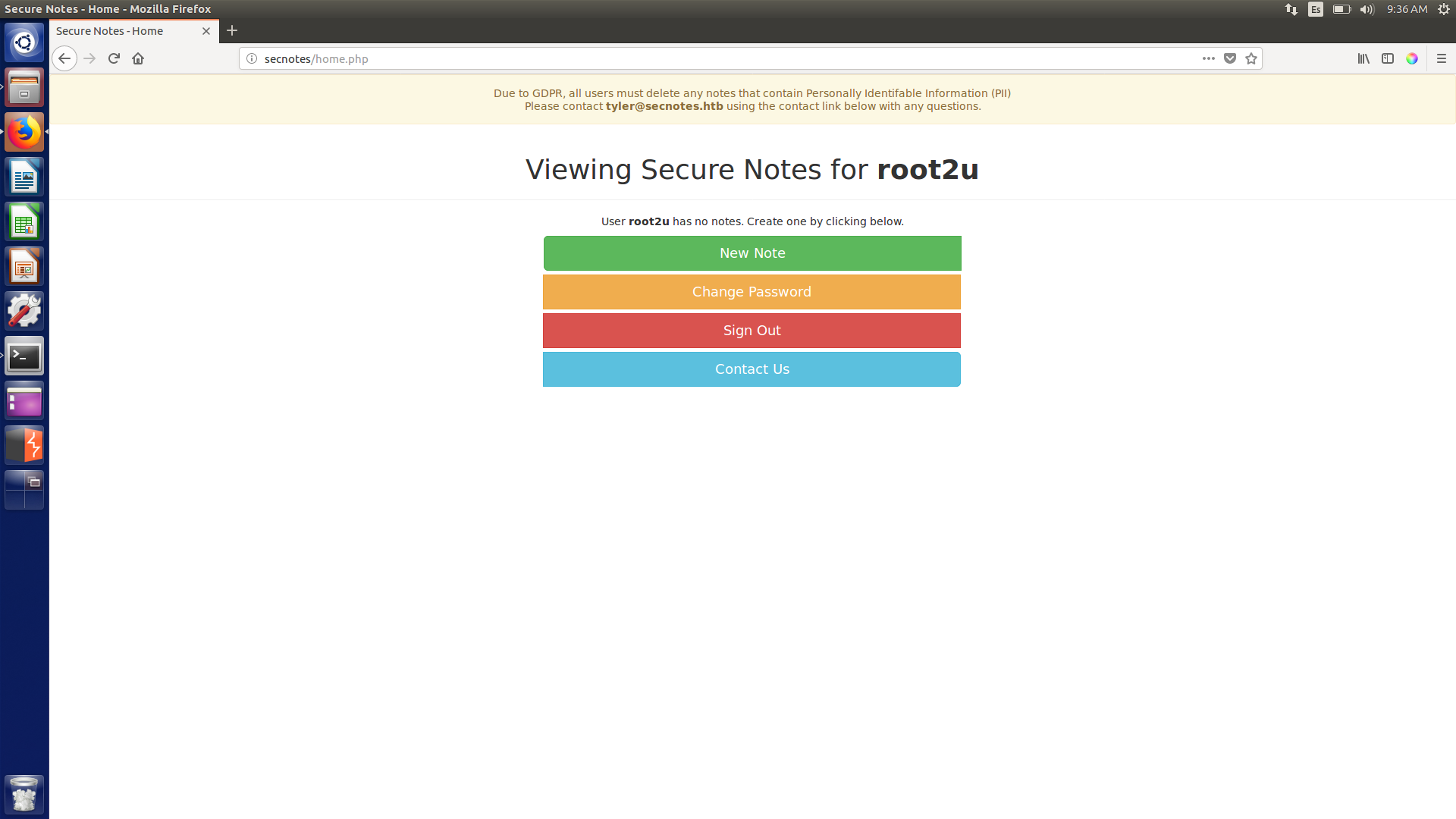 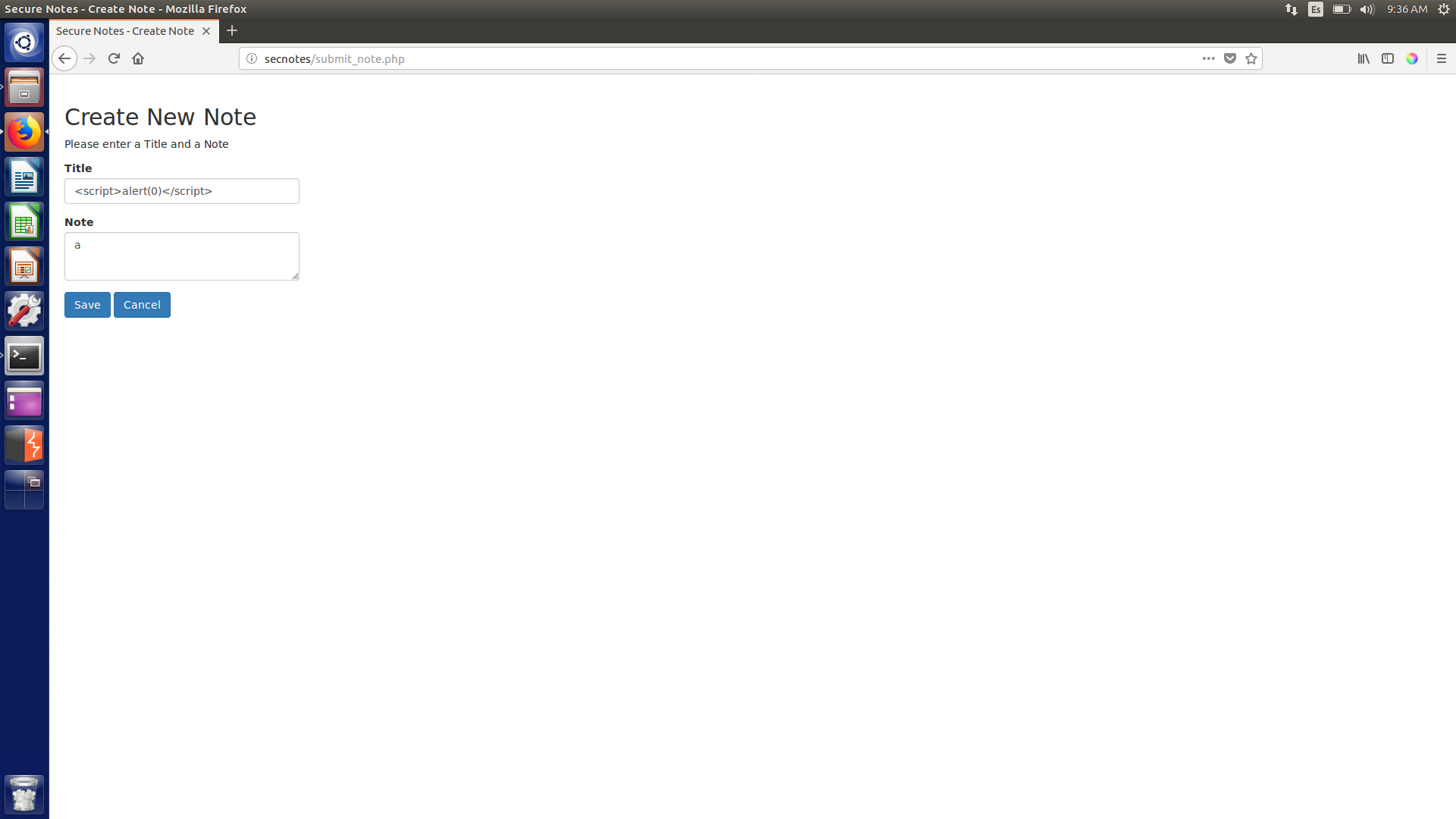 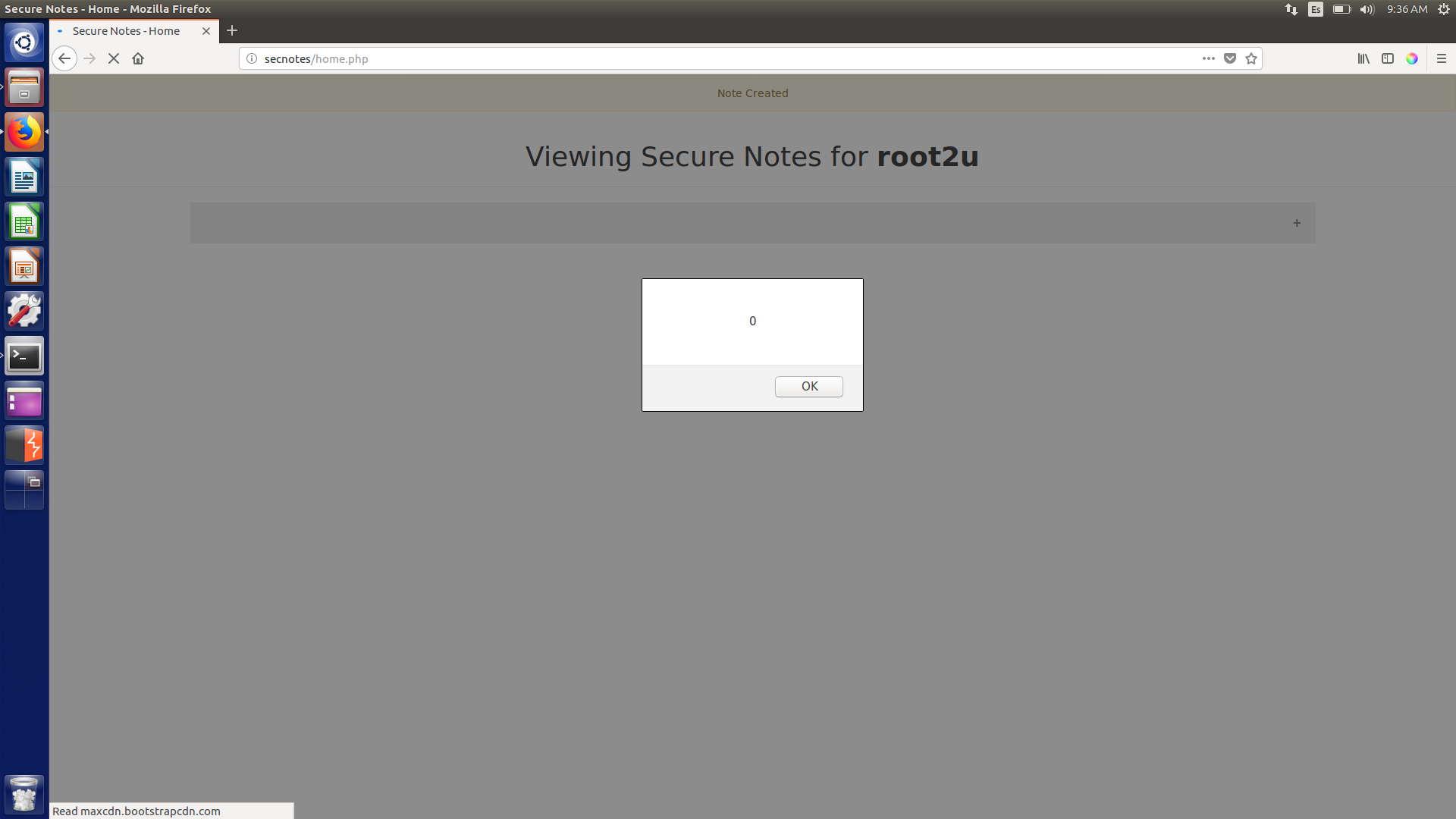 Interesting things to notice were:

I spent too much time trying to achieve something with XSS but unsuccessfully. I tried as well to enumerate files on the webserver, but found nothing with dirb. Then, I decided to run another nmap scan, this time a full one:

Something interesting!! Too fast I guess… for it is the Internet Information Services (IIS) simple static webpage that contains nothing… 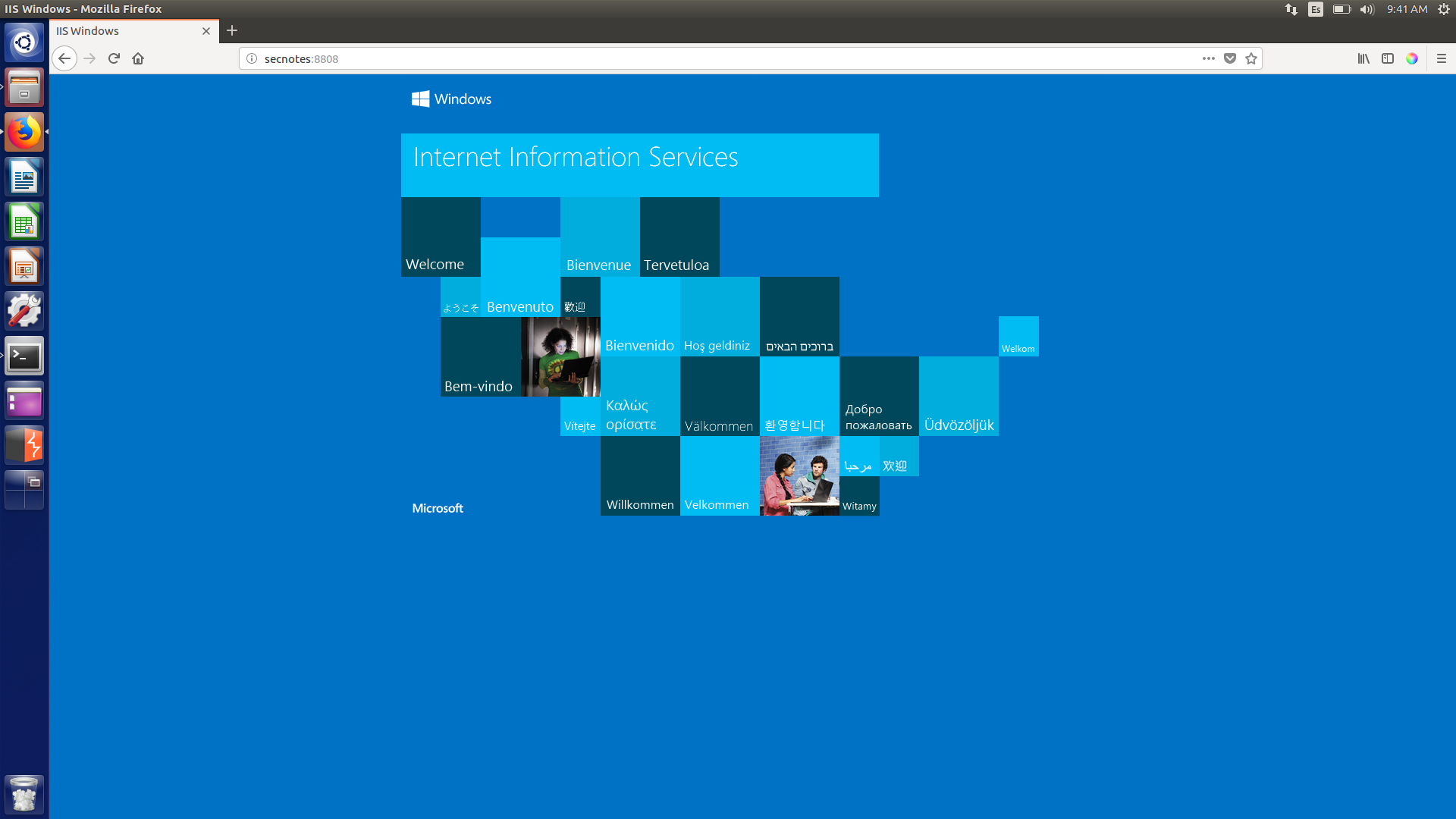 I was frustrated, so headed to the forums looking for a nudge. Someone mentioned something about Nightmare, which was a previous HTB machine of which I had seen Ippsec’s video. That’s when I got it! There had to be some kind of SQL injection! 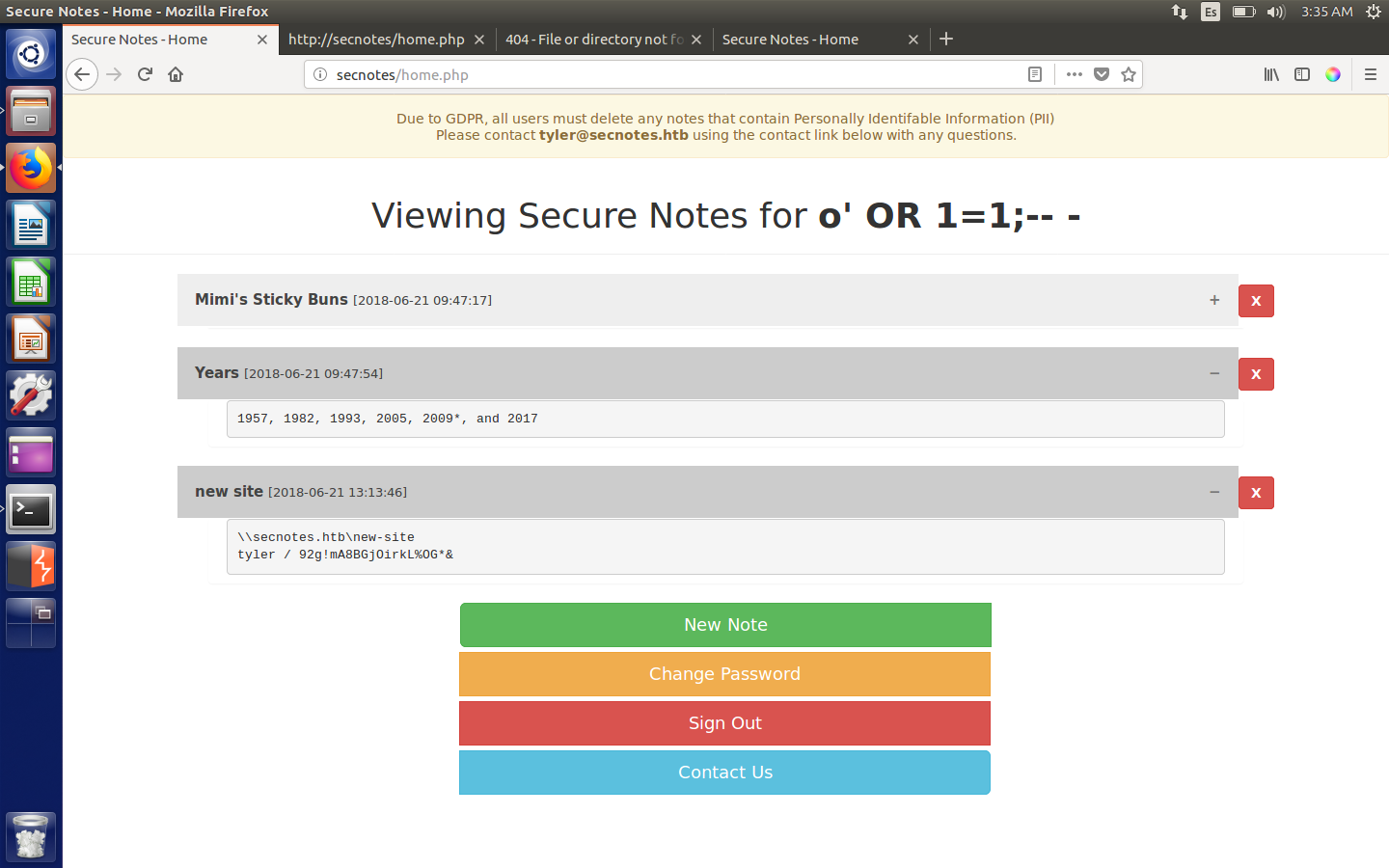 One immediately stood out as it contained some credentials for the user tyler (our hunch is confirmed, he is the user):

We can now log in as user tyler to the web app but find out that there are no more notes:

Logging in as tyler 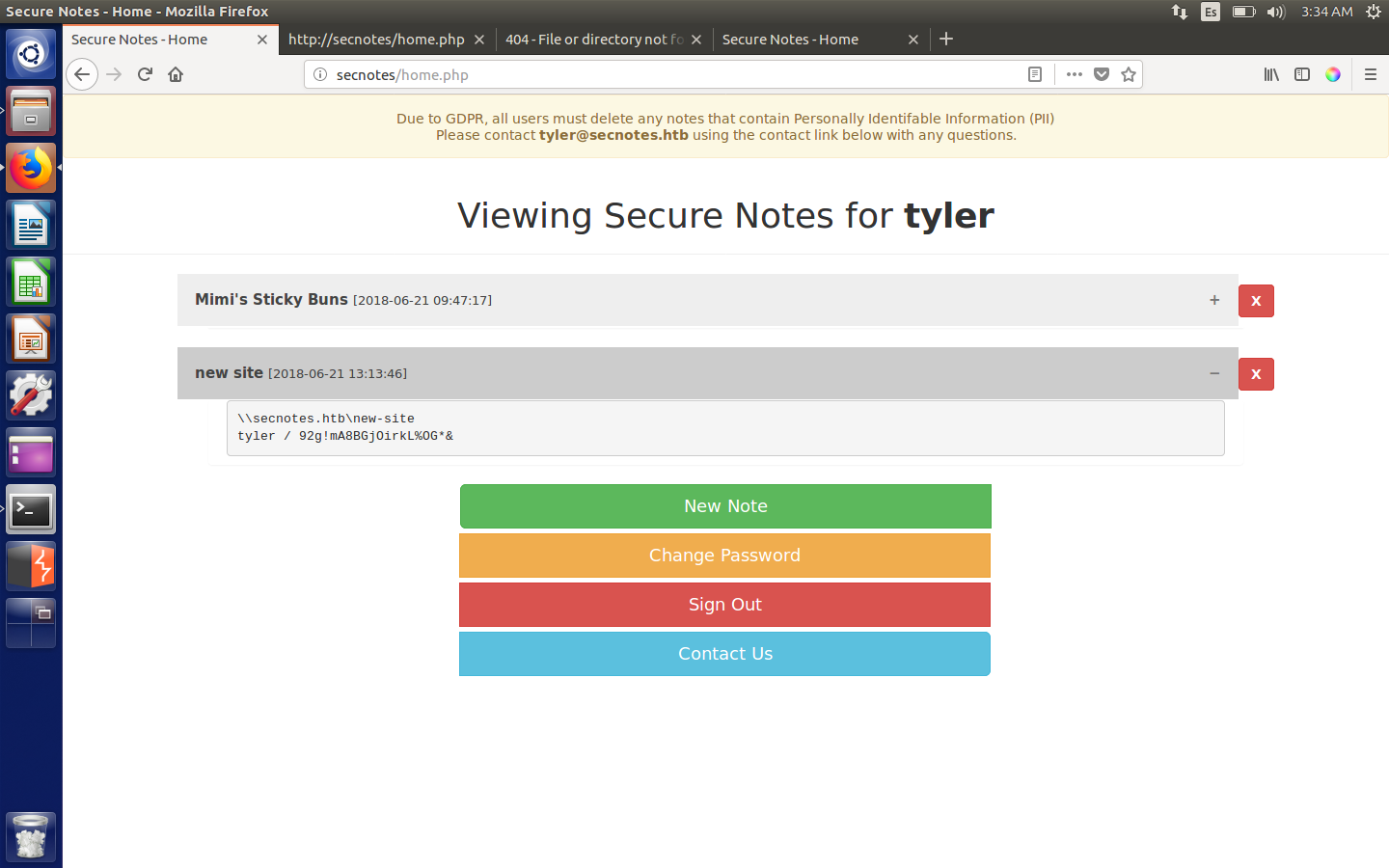 It took me a long time to realise where the credentials fitted in, but I finally figured out that they were meant to be used to log in through SMB.

Once I log in I find there are three directories, of which I can only access new-site with my credentials. 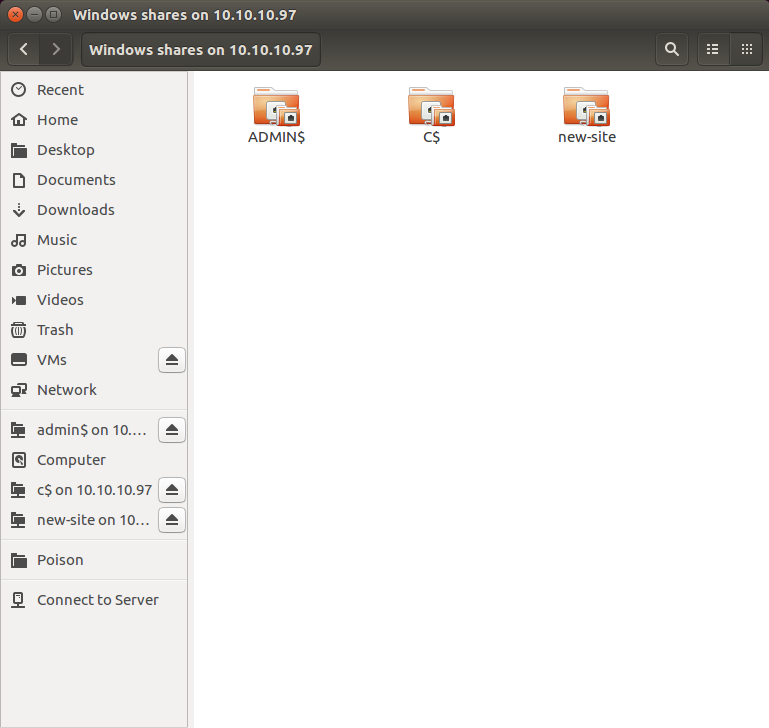 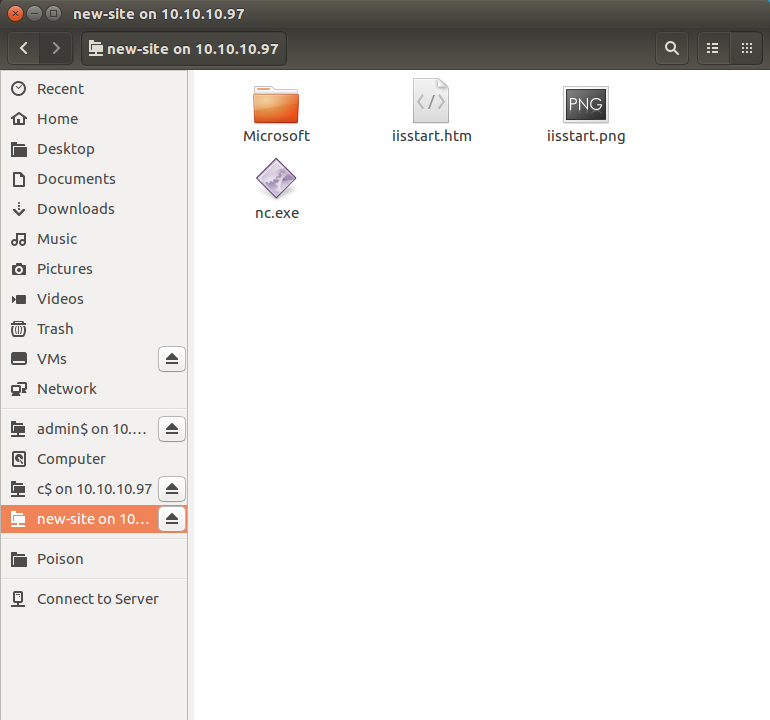 I didn’t know what to do, and so after a while a php file magically appeared, I guess it was someone trying to root the box as well. That’s what made realise that maybe I could access these files from port 8808. And so I uploaded the following php script that lets me pass commands to the machine and get the output:

Getting RCE through the php file 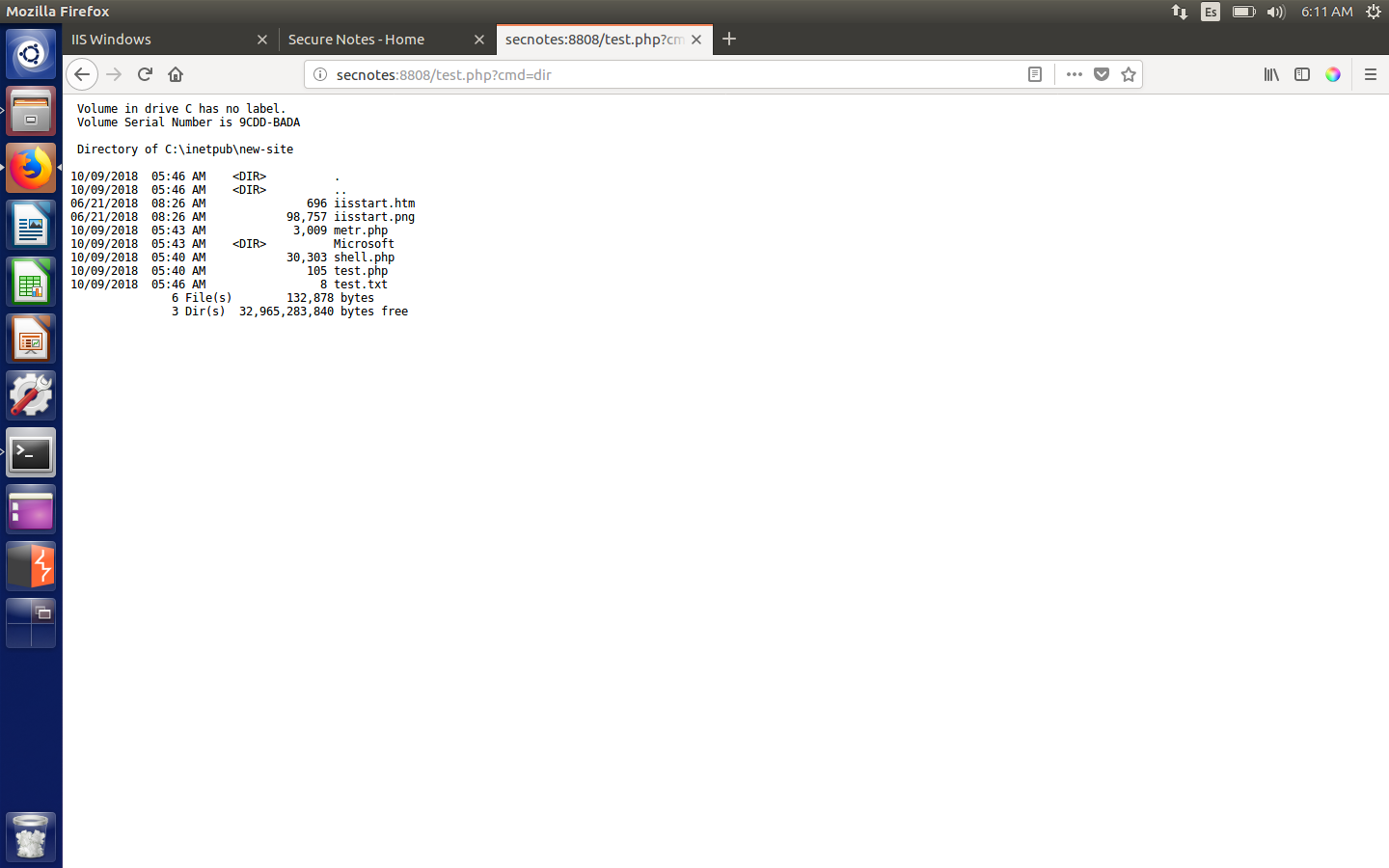 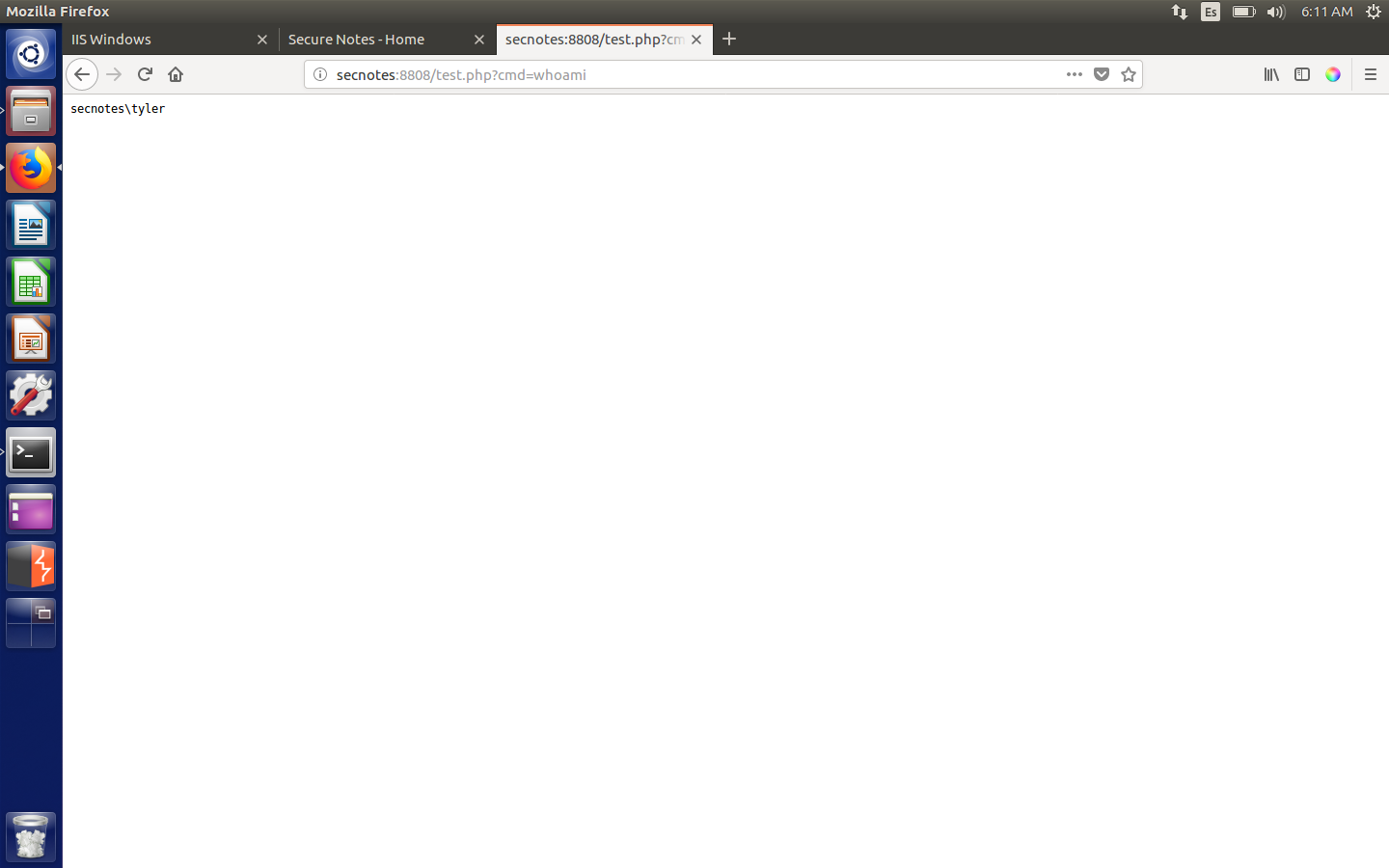 Now in order to get user we just need to navigate the system and get the hash. One thing to keep in mind is that if you use curl like me you need to use URL encoding, otherwise it won’t work. I finally got user.txt by executing the following:

I started doing manual enumeration and quickly found out a directory in the root directory called \distros, which contained Ubuntu. I thought it was strange and googled for a while until I found out that there is a new feature in Windows 10 which lets you have a Linux subsystem inside your windows machine. It is called Windows Subsystem for Linux (WSL), you can find mor information here.

I also found out that bash can be installed as well and commands can be run with the following:

I looked for it and indeed found out there was a bash executable in the \Windows\System32 directory. However, when I tried to execute any command I wouldn’t get any output. I really needed to get a proper shell.

After a lot of php reverse shells which resulted in failed attempts I decided to try with PowerShell ones (Invoke-PowerShellTcp.ps1).

So the thing I did was the following.

The PHP code was:

For that I needed to set up a python server to serve the reverse shell, make a curl request to execute the PHP script and then listen with netcat.

Guess what? It worked!

Now I can run the executable and get output back!

Now seeing I was root I didn’t want to enumerate the whole subfilesystem with that command, so I decided to make yet another reverse shell. I ran the following command and listened with netcat on the same port.

I looked at the contents of .bash_history and they turned out to be the key to everything, for there were some credentials:

With these credentials we can access the other directories through SMB!

I used administrator:u6!4ZwgwOM#^OBf#Nwnh and got in to the C$ directory. From there I just needed to go to \Users\Administrator\root.txt to get the hash. 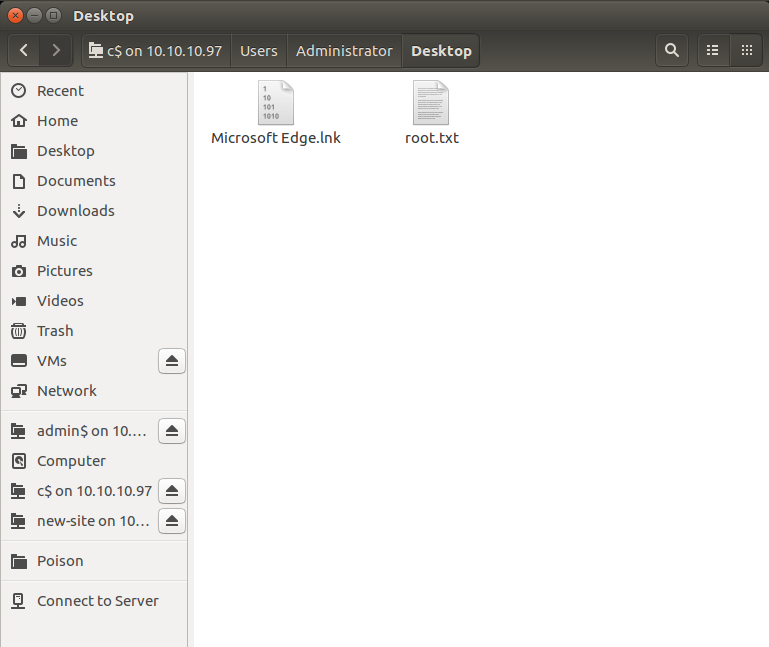 Definitely the best machine I’ve rooted so far! I had so much fun rooting it!

Hack The Box: Sunday machine write-up This was my first attempt on a Windows machine and so I chose an easy machine, maybe too easy. It runs with ip 10.10.10.95. Enumeration We start by enumerat...