We open the zip with jar xf shredded.jar and get a folder containing 27 vertical images like stripes. My first instinct was to put them together based on their filename (they were named 1.png to 27.png). So I opened Photoshop CC and started gluing them together.

Result of gluing the images together 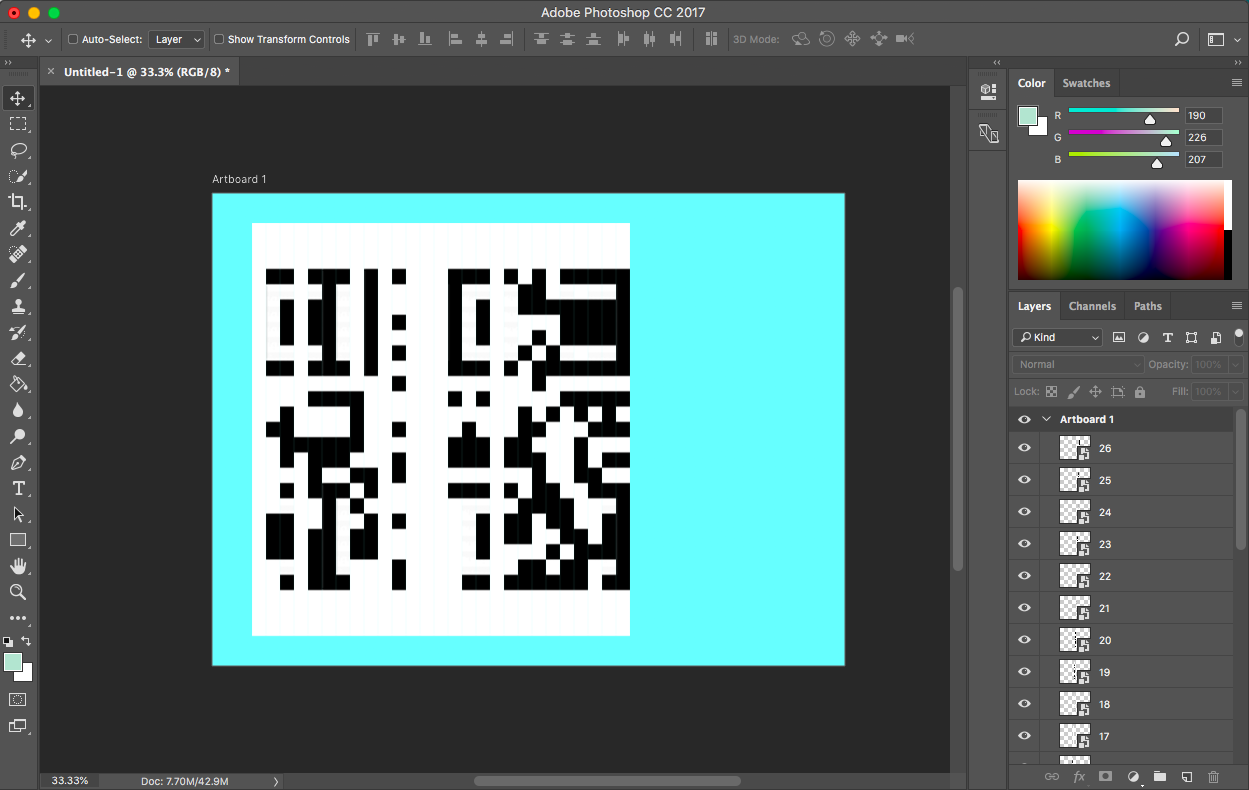 I saw that it looked like a QR code, so that was my task: I had to find some way of recovering the QR code and then read it to, presumably, get the flag.

At first I thought about a basic brute-force approach. However, when I did the math I saw it wasn’t plausible. There were 27 images, so that would’ve been 27! possibilities, definitely a number too big for me to compute (besides not only did I need to do each permutation, but also create the main image and scan it to check if it contained a valid message).

So I thought about reducing the number of permutations. For that, I used the following facts:

We reduce thus the possibilities from 27! to 21! Still big, though.

Looking closely, though, I found that the white vertical lines on the inside of the squares could only be in one way, as there was one that had its left side slightly black. So that removes 4 images more. 17!

Then, I had a look at QR codes format: 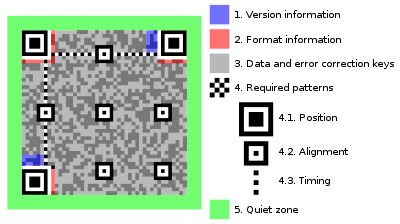 I noticed that there had to be a white space between the squares and the central pattern of data. There were only two possible ways of doing this, so that removed two more possibilities, 15!

Besides, the format showed that we needed a specified pattern of alternating dots between the squares! Good! Now I knew the way in which 1,7 were to be placed. So far I have 13! possibilities. Besides, I knew that in the centre I needed to have an alternating pattern as well, so that made me have three possible frames for black and two for whites (see image below)

Frames that have been discarded 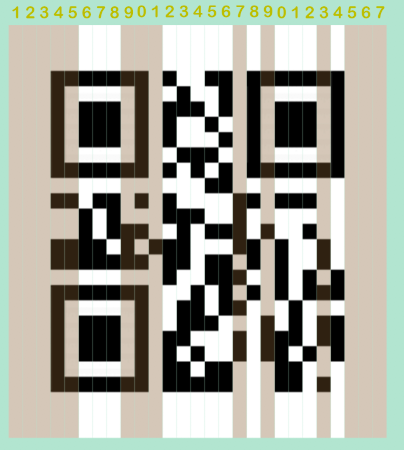 All in all, I managed to reduce 13! to the following:

Now the only thing needed was the code!

I finally came up with the following python script:

Once ran, I successfully get the flag pretty quickly! After only 8 attempts:

Output of the script

And here we have our QR code, which contains the following message:

Forensics 1. Modern Picasso Challenge description: Here’s a rendition of some modern digital abstract art. Is it more than art though? We get the following GIF to work with: Picasso.gif And w...

InCTF: The Most Secure File Uploader This was the first challenge I completed on InCTF. The first thing we get is: So going to the page we check that we need to upload a file. At first I tri...